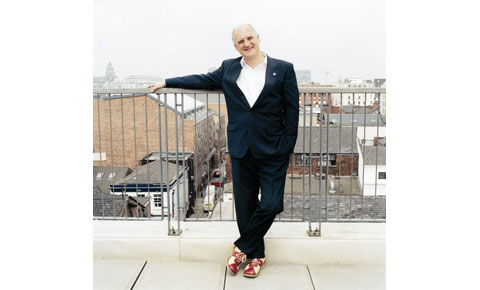 THE man behind one of the country’s most respected arts festivals is set to receive a prestigious civic accolade from Liverpool.

On Tuesday 24th May an extraordinary meeting of the city council will be asked to approve Lewis Biggs, one of the Founding Directors and Artistic Director of the Liverpool Biennial, as a recipient of the Citizen of Honour award.

The Citizen of Honour awards was introduced in 2008 and is a discretionary scheme for the city council to recognise any individual who has made a significant contribution to enriching the life or image of the city.

All Citizens of Honour are formally agreed by the city council and presented with a prestigious scroll of honour by the Lord Mayor at a special civic reception at a later date.

“Lewis has contributed a huge amount to this city both artistically and personally and the work of the Biennial has been key in highlighting the city’s cultural credentials, particularly in the run up to Capital of Culture.”

Established by James Moores in 1998, the Liverpool Biennial is the largest as well as one of the most exciting contemporary visual arts events in the UK.

During Liverpool’s year as Capital of Culture it received 960,000 visits making it one of the best attended in the world. Liverpool Biennial also has an ongoing year-round role commissioning art for the public realm, such as Richard Wilson’s Turning the Place Over and Antony Gormley’s Another Place at Crosby Beach; as well as an ongoing educational programme.

Lewis previous roles include, Exhibitions Coordinator at Arnolfini, Bristol from 1979-1984, and Exhibitions Officer with the British Council Visual Arts Department until 1987. He was British Commissioner for the Sao Paulo Bienal in 1986. In 1987 he joined Tate, and was Director of Tate Liverpool from 1990 to 2000. In 1998 he became a founding Trustee, with James Moores and Jane Rankin Reid, of Liverpool Biennial, and has been Chief Executive of the Biennial since November 2000. He is general editor of the Modern Artists series, Tate Gallery Publishing.