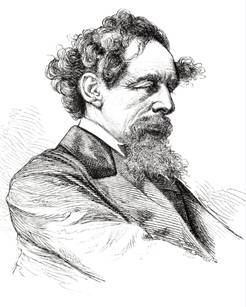 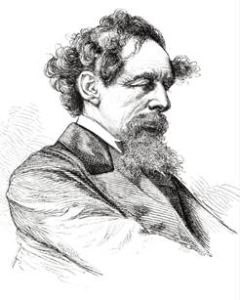 How influential is the work of Charles Dickens on contemporary writers? As we celebrate the bi-centenary of his birth it seems appropriate to explore just what it is that makes Dickens such an inspiration to those who write fiction and what they draw on from his writing.

An event organised by The Writers’ Guild of Great Britain and St George’s Hall aims to do exactly that on the evening of Tuesday 4 December at St George’s Hall Small Concert Room in Liverpool.

A guest panel of leading established and emerging writers, from novelists to scriptwriters working in theatre, film, television and radio will discuss the relevance of Charles Dickens to their own work as writers today and why his work remains so relevant to both readers and writers.

Antony Pickthall, Writers’ Guild of Great Britain Branch Coordinator for Merseyside said: “Charles Dickens had a unique and warm relationship with Liverpool and its people and his work will be explored through the work of some of the best writers working in the UK today. The event is focusing on the direct link between Dickens’ legacy and the work of playwrights, novelists and scriptwriters. If you want to see just what Dickens means to professional writers today come along and join in.”

The evening will include readings from the panel’s favourite passages from Dickens’ work and the opportunity for the audience to ask questions and share observations.

Charles Dickens gave numerous readings at St. George’s Hall and famously declared Liverpool to be his favourite city outside of London.

For more information/images/interviews please contact Jenny Morgan on 0151 245 0136 or jenny@billelms.com

Tickets are available from:

www.dickensinliverpool.eventbrite.co.uk or on the night.

Frank Cottrell Boyce was born in Liverpool and studied English at Oxford University. He first worked as a television critic for Living Marxism magazine, and wrote episodes for Coronation Street and Brookside. He then collaborated with director Michael Winterbottom on the film Forget About Me, in 1990, and this was followed by further screenplays written for the same director: Butterfly Kiss in 1995; Welcome to Sarajevo in 1997; The Claim in 2000, originally based on Hardy’s The Mayor of Casterbridge; 24 Hour Party People in 2002; Code 46 in 2003; and A Cock and Bull Story in 2005. He also worked with other directors, including writing the screenplays for the films Revenger’s Tragedy, in 2002, an adaptation of Thomas Middleton’s 17th-century play; Hilary and Jackie; Millions; and Grow Your Own in 2007. In 2004, he wrote a book for children based on his own screenplay – Millions – and this book won the 2004 Carnegie Medal. It was published as a play in 2010. His second children’s novel, Framed, was shortlisted for both the 2005 Carnegie Medal and the Whitbread Children’s Book of the Year Award. Frank Cottrell Boyce has won several awards for his screenplays, and lives in Liverpool with his family. His third novel, Cosmic, was published in 2008, and was shortlisted for the Guardian Children’s Fiction Prize and the Roald Dahl Funny Prize in the same year. His latest books are Chitty Chitty Bang Bang Flies Again (2011) and The Unforgotten Coat (2011), shortlisted for the Costa Children’s Book Award. Frank also worked with film  director Danny Boyle on the Opening Ceremony for London 2012.

Gwyneth Hughes was brought up in Kent, where her father was a police constable patrolling the River Thames. All her life she has felt at home in the London and Kentish landscapes described by local hero, Charles Dickens. She read Russian at university, and then went north, at first to work as a newspaper reporter on the Sheffield MorningTelegraph. After a distinguished career as a director of TV documentary films, she took the plunge into writing fiction. She started on hit shows “The Bill” and “Silent Witness,” and soon moved into writing original dramas including the Bafta-nominated crime thriller “Five Days” and the biopic “Miss Austen Regrets”, which won the Writers’ Guild Award. Her adaptation and completion of Dickens’ last novel, “The Mystery of Edwin Drood”, was shown on BBC earlier this year.

Amanda Brown has twenty-three years’ experience teaching language and literature and writing ESL materials.  Twenty of those years were spent in Botswana, South Africa and The Netherlands.  In 2008 Amanda joined The Reader Organisation where she manages shared reading projects in Criminal Justice settings.

Ayeesha Menon is an award-winning writer who works extensively in film and radio. Ayeesha Menon’s The Mumbai Chuzzlewits, (an adaptation of a Dickens’ “Martin Chuzzlewit”) set in modern day India, was broadcast on Radio 4 earlier this year. She also developed and presented the documentary Dickens and India: Mutual Friends for BBC World Service.  Her dramatisations of the novels The Cairo Trilogy, starring Omar Sharif, andQ&A (Slumdog Millionaire) won Sony Radio Awards for Best Drama. Her other adaptations include My Name is Red by Orhan Pamuk and Six Suspectsby Vikas Swarup.. Ayeesha’s original feature film The White Elephant premiered in UK at the London Indian Film Festival in 2011. Her stage playPereira’s Bakery at 76 Chapel Road, developed by The Royal Court, opened in Mumbai this January. There will be a rehearsed reading of the play at The Royal Court this November.

Deborah Morgan lives in Liverpool. Before taking up writing, she worked as a chambermaid, a bingo caller, a dressmaker and a primary school teacher. Written at the instigation of legendary film-maker Terence Davies, the first chapter of Disappearing Home was a runner-up in the ‘Pulp Idol’ writing contest at Liverpool’s 2010 Writing on the Wall Festival, for which an editor from Tindal Street Press was a judge. Deborah has most recently written the script for The Anfield Home Tour as part of Liverpool Biennial 2012 and is currently working on a sequel to Disappearing Home.

David Edgar was educated at Oundle School and read Drama at Manchester University. After a short career in journalism, he took up writing full-time in 1972. His plays include The National Interest (1971), Excuses Excuses (1972), Dick Deterred (1974), Saigon Rose (1976), Wreckers (1977), written for 7:84 Theatre Company, Mary Barnes (1978) and Entertaining Strangers (1986), commissioned by Ann Jellicoe and the Colway Theatre Trust. His plays written for the Royal Shakespeare Company (RSC) include Destiny (1976), winner of the John Whiting Award, The Jail Diary of Albie Sachs (1978), The Life and Adventures of Nicholas Nickleby (1980), winner of the Society of West End Theatres Best Play award and a Tony Award (USA), Maydays (1983), winner of the Plays and Players Award for Best Play, The Shape of the Table (1990), written for the Royal National Theatre in London, and Pentecost (1994), winner of the Evening Standard Award for Best Play of the Year. His work for television includes adaptations of Destiny, screened by the BBC in 1978, The Jail Diary of Albie Sachs, televised by the BBC in 1981, and The Life and Adventures of Nicholas Nickleby, televised by Channel 4 in 1982, as well as the plays Buying a Landslide (1992) and Vote for Them (1989). He is also the author of the radio plays Ecclesiastes (1977), A Movie Starring Me (1991), Talking to Mars (1996) and an adaptation of Eve Brook’s novel The Secret Parts (2000). He wrote the screenplay for the film Lady Jane (1986). More recent plays include Albert Speer (2000), based on Gitta Sereny’s biography of Hitler’s architect, first staged at the Royal National Theatre, The Prisoner’s Dilemma (2001), an exploration of the nature of modern conflict, for the RSC, Playing With Fire (2005) and Testing The Echo (2008). In 2007, he wrote the romantic comedy, A Time To Keep, with his wife the dramatist, Stephanie Dale. He is also the author of The Second Time as Farce: Reflections on the Drama of Mean Times (1988) and editor of The State of Play: Playwrights on Playwriting (2000). He was Resident Playwright at the Birmingham Repertory Theatre in 1974-5 (Board Member from 1985), Fellow in Creative Writing at Leeds Polytechnic, Bicentennial Arts Fellow (US) (1978-9) and was Literary Consultant for the RSC (1984-8, Honorary Associate Artist, 1989). He founded the University of Birmingham’s MA in Playwriting Studies in 1989 and was its director until 1999. He was appointed Professor of Playwriting Studies in 1995. His latest works are Arthur and George (2010), based on the novel by Julian Barnes, and The Master Builder (2010), a new version of Ibsen’s classic.

The Writers’ Guild of Great Britain is the trade union representing writers in TV, radio, theatre, books, poetry, film, online and video games. In TV, film, radio and theatre, the Guild is the recognised body for negotiating minimum terms and practice agreements for writers. The WGGB campaigns and lobby on behalf of all writers. www.writersguild.org.uk

St George’s Hall is widely regarded as one of the finest neo-classical buildings in the world and is a Grade I listed building. The idea for the Hall came about in the early 1800s from Liverpool people who were concerned about the lack of a place for the triennial music festivals, and shares were sold to raise funds. A venue was also being sought for the Civil and Crown Courts and it was decided that one building would serve both needs. The foundation stone of the Hall was laid in 1838 to commemorate the coronation of Queen Victoria, but the actual building of the hall did not start until 1842. It opened for public use in 1854, a truly multipurpose community building where people could be tried for murder, attend a ball or listen to a concert – all under one roof. St George’s Hall fell into disrepair in the 1980s but was reopened in April 2007 following a £23m award-winning refurbishment project, and is now a focal point for cultural, community, civic, corporate and performing arts activities. Charles Dickens gave numerous readings at St. George’s Hall and famously declared Liverpool to be his favourite city outside of London.

Have Your Clothes Turned Into Art!