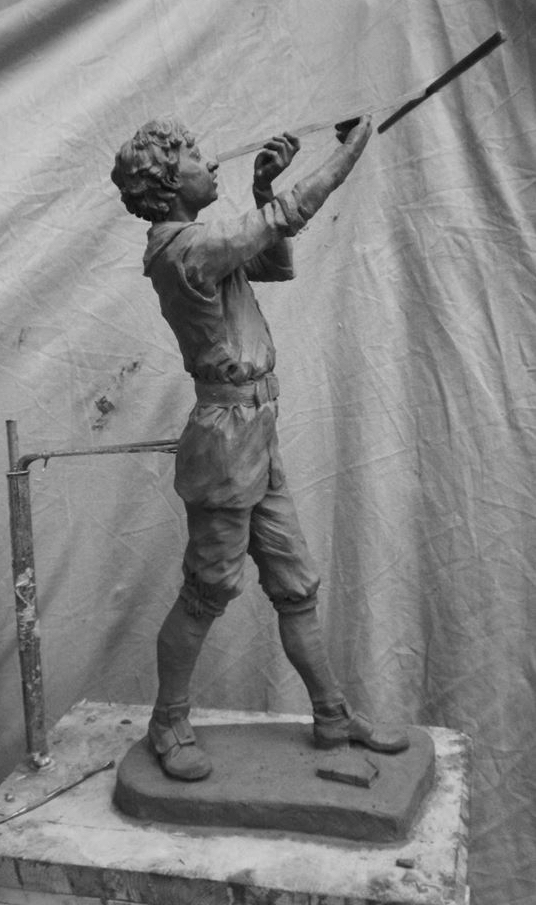 Launch of Fund Raising Campaign for Statue in Liverpool of Jeremiah Horrocks, Founder of Modern Astronomy

Amongst the many historic Liverpool “firsts” listed on the towering wall in the Central Library are the words “Transit of Venus”.  Behind these three words lies the story of a young man from early 17th century Toxteth who shook the astronomy theory of his time with his accurate prediction of when the planet Venus would move across the Sun.  His observations led to him being known as the founder of modern astronomy on a global scale.The young man’s name was Jeremiah Horrocks and nearly 400 years since his prediction, a campaign has begun to erect a statue in Liverpool that will celebrate his achievements.

The launch of the fund raising campaign is to be held in Central Library’s Hornby Room on 30 November 2019 at 14.45.  Everyone welcome. Guest speakers include Astronomical Historian, Dr. Allan Chapman, of Oxford’s Wadham College, and the Author & Film Director, Frank Cottrell Boyce.

The Liverpool Astronomical Society is working closely with the campaign, as is the Society for the History of Astronomy, whose Chairman Gerard Gilligan says the idea for a Horrocks statue has generated national and international interest.

Professor Chapman is enthusiastic in his support of the initiative: “Jeremiah Horrocks was one of the founders of British science, a true pioneer of astronomy as an accurate, instrument-based science.  His observation of the 1639 Transit of Venus, with his Salford astronomer friend, William Crabtree, would serve as a model for precise telescopic observation, and interpretation”.

Professor Chapman believes Horrocks has a place in the modern school curriculum as a role model for the young: “All his brilliant, original work was being done between the ages of 15 and 22 – ages which today, would be spent gaining GCSEs and doing an undergraduate degree. Horrocks was the Einstein of the early 17th century, a schoolboy genius, who would have achieved goodness knows what had he lived to the age of 60”.

Dr Michaela Mitchell of Liverpool Life Sciences UTC has first-hand experience of how the story of Horrocks can be valuable in an educational context: “We ran a very successful UTC cross curricular event to which Professor Chapman contributed, and this could be rolled out to other schools. In this way we could disseminate the successful outcomes of the event, in terms of promoting interest in Science and the arts, and in terms of social mobility, to a wider audience”.

The impetus for a life-size statue has come from Liverpool sculptor and artist, Philip Garrett, whose art practice focuses on neglected, important figures from the city’s history.  No known image of Horrocks exists but Garrett has already made a maquette that represents him as a young man, dressed in the clothes of the time and holding a cross staff, the instrument he used to help make his calculations.

Garrett says Horrocks is worth celebrating now because he would be inspirational for young people of today: “He was only 22 when he died, yet in his brief life he changed the course of Science.  A statue in the public domain would inspire future generations and be a reminder that someone from a humble background achieved greatness and influenced the rest of the world”.

The Institute for Mathematics, Physics and Astronomy at the University of Central Lancashire is named after Horrocks and it is hoped that a statue might also be located there.  Another possible location for a statue is Preston, where he lived and made his Transit of Venus observations.

It is well documented that sculpture has the power to transform the site where it is located and can act as a catalyst for social interaction, that people connect better to a place when it contains a work of art.  A statue of Jeremiah Horrocks would do this and also inspire those who see it to believe that great things are possible whatever one’s background.

Updates and more information can be found on the Campaign’s Facebook page https://www.facebook.com/events/514189039136541/

Art Book of the Week: The Street Art Stencil Book

LAAF and LIMF Unite at Summer Jam Weekend in July