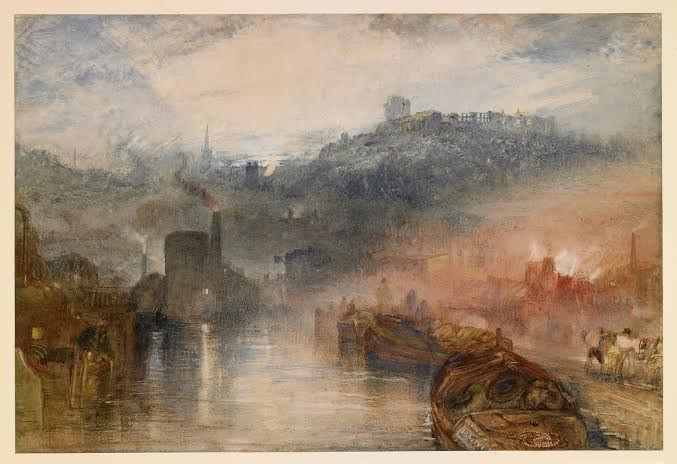 The Lady Lever Art Gallery’s stunning exhibition Turner: travels, light and landscape, has broken its own visitor target, with almost 10,000 more visitors than expected a week before it closes (1 June).

More than 48,000 people have flocked to catch the exquisite works by one of Britain’s most popular artists. Reaching a daily average of around 500 visitors, the exhibition contributed to the gallery achieving its busiest ever March this year, when it had more than 23,000 people through the door.

This success comes at a significant point for the gallery. Director of Art Galleries, Sandra Penketh explains: “We are thrilled by the success of Turner: travels, light and landscape. This exhibition has been on during an important moment in Lady Lever’s history, as we celebrated the centenary of its foundation stone (25 March) but also look towards an exciting future.

“This month we put our final submission to HLF for a major £2.8m improvement to the South End rooms. The runaway success of this exhibition is a strong recommendation that we’re leading the gallery in the right direction and giving our visitors the experience they want.”

Turner: travels, light and landscape comprises some 30 watercolours, paintings and prints, the exhibition is drawn from National Museums Liverpool’s own Turner collection, one of the most outstanding in the country.

Themed chronologically the exhibition explores Turner’s endeavours to challenge the widely-held assumption that landscape was inferior to historical painting. It was in doing this that he produced some of the most thrilling, evocative paintings ever known.

Curator of British Art, Charlotte Keenan said: “Turner strove to invigorate landscape painting with a new sense of relevance and vitality. The works we have on display reveal how Turner used landscapes to depict the changes emerging in British society.”

The scheme, which promises a revamp of more than a quarter of the venue, would also see more than 1,700 items of fine and decorative art redisplayed and new educational resources developed for local schools and groups.

For more information on the project and how you can support it visit our website: www.liverpoolmuseums.org.uk/leverplans

Joseph Mallord William Turner (1775 – 1851) is regarded as one of the greatest British artists of all time. He helped transform British art and raise landscape painting from ‘superior wallpaper’ (Carl Gustav Carus) to the defining genre of the period.

His long artistic career began at the Royal Academy Schools, London when he enrolled there in 1789. Throughout his life he was preoccupied with travel, light and landscape. He spent almost every summer touring throughout Europe, and the winter transforming his sketches into masterpieces of colour and light.

Turner lived through a period of great change in Britain and Europe; the French Revolution (1789-1799) and Napoleonic Wars (1799 – 1815), the ascension of Queen Victoria to the British throne in 1837 and the Industrial Revolution of the late 18th and early 19th centuries.

New Gallery at World of Glass

Arts Council England responds to a £19 million reduction in funding