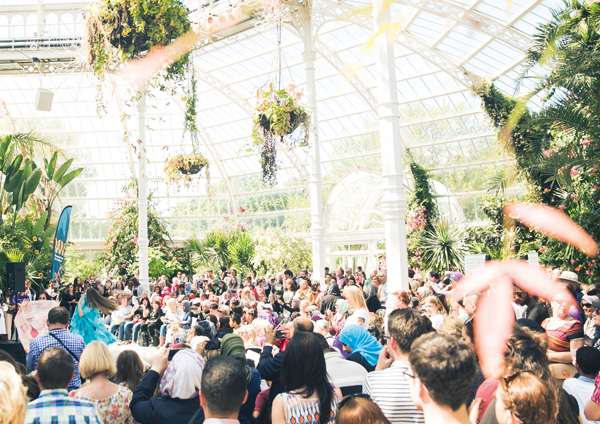 Two of Liverpool’s most iconic festivals are joining forces to shine a spotlight on Arab music and culture at a free event in Sefton Park this summer.

Liverpool Arab Arts Festival (LAAF) and Liverpool International Music Festival (LIMF) are partnering for the first time to showcase some of the hottest Arab musical talent during the Sunday of LIMF Summer Jam (Friday 22 to Sunday 24 July 2016).

LAAF will bring its hugely popular Family Day to the Palm House in Sefton Park on Sunday 24 July, where internationally acclaimed acts will showcase the best in Arab music, including award-winning Swedish group Tarabband, whose unique style of Arab music is influenced by other music styles, from Middle Eastern and Nordic folk to traditional jazz. The LAAF Family Day makes for a great addition to the LIMF Family Zone 2016.

The impressive line-up for the LAAF Family Day includes Glastonbury showstoppers and electro-mijwez, shamstep, choubi group 47SOUL, who will also bring their high-energy show to the event. The music of 47SOUL combines Debka, the traditional Palestinian street music and dance, with deep electronic beats mixed with sounds of the Middle East. Whether it’s sparking new dance styles or songs about breaking down border check points, the band makes freedom of movement the subject of their songs and performances.

In addition to the incredible music performances, festival goers can also enjoy an Arabian Souk, traditional cultural merchandise and cuisine, plus family-friendly activities including storytelling, Henna, and children’s crafts.

The new partnership between LAAF and LIMF reiterates the city’s standing as one of the great music capitals of the world – a position that was formally recognised by UNESCO last year when Liverpool was named a UNESCO City of Music.

Taher Qassim MBE, Chair of Liverpool Arab Arts Festival said: “We’re really excited about working with LIMF to combine the sights, sounds and tastes of our annual Family Day with the vibrancy of LIMF’s Summer Jam weekend. Liverpool’s Arab community is hugely important to the city and its cultural heritage, and we look forward to celebrating the important part they play in the rich tapestry of Liverpool life.”

Assistant Mayor and Cabinet Member for culture, tourism and events, Councillor Wendy Simon, said: “It’s fantastic news that these two popular events are partnering on the Sunday of LIMF Summer Jam. LIMF prides itself on its diverse line, so to add Arab music in to the mix is a real treat for our festival-goers.

“We were awarded the accolade of UNESCO City of Music as we place music at the heart of Liverpool’s contemporary culture, and this is a great example of combining the great work of two music festivals, reaching new audiences and celebrating music in all its forms.”

An Arty Autumn Break in Liverpool