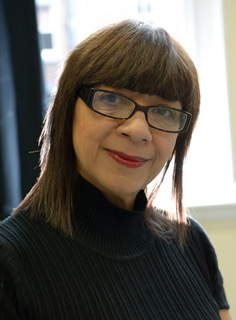 Karen Gallagher MBE, the Artistic Director of Merseyside Dance Initiative (MDI), is to step down from the post after 24 years.

Karen will leave the role this autumn in order to pursue new interests and a range of exciting new projects, after she delivers LEAP 2018 in November.

Over the past 24 years, with Karen at the helm, MDI has worked in close partnership with a huge number of organisations, and is firmly cemented in the region’s cultural life. She has been responsible for major, nationally significant events, such as hosting British Dance Edition as part of Capital of Culture in 2008. A whole year of dance programmed at Liverpool’s many arts venues was delivered in 2010, while in 2011, Karen and MDI produced the Decibel Performance Arts Showcase. LEAP has become the premier dance festival in the cultural calendar, last year it celebrated 25 years of showcasing some of the world’s most important dance artists and companies to have performed in Merseyside, including, Liz Aggis, Wendy Houstoun, Charlotte Vincent, Richard Alston, Protein, Jasmin Vardimon and Gary Clarke to name a few.

Through Karen’s leadership, MDI has been extensively involved in a variety of projects working to promote dance across Europe and internationally, such as Cultiv8, Capital Nights Festival and the Pan European project The Migrant Body. She has been inspirational in her development of MDI, creating an organisation with diversity and community at its heart, establishing programmes that supported health and wellbeing and social inclusion that encouraged people to dance of all ages, backgrounds and abilities.

Karen said: “I genuinely don’t know where those 24 years have gone!  MDI has been an amazing professional gift, I stayed so long because there was always a new and interesting job to be done, a project to be set up or festival to produce. I am particularly proud of so much, far too much to mention here, but including mass performance projects such as Jump 2000 Feet and The Big Dance NW Link up, to building an audience for Henri Oguike dance company in those very early days from a small show at the Liverpool community college to sell out performances at the Liverpool Playhouse. Co-commissioning Akram Khan’s Bahok, persuading The Liverpool Empire to take a punt on Matthew Bourne’s New Adventures in 2010 and introducing international companies to the City such as: Nora Chipaumire, Urban Bush Women, Sylvain Emard, Estelle Clareton, Kyle Abraham, Arno Schuitemaker and Itzik Galili, all contributed to my committing to an organisation over all those years.

“Making dance visible, nurturing the creation of the artform and celebrating diversity have been my main goals at MDI. A dream came true in 2017 when we built (albeit temporary) a dedicated space for dance to host LEAP with Make Liverpool and The Unity Theatre. Supporting artists based locally has also been something I have promoted and have enjoyed those many opportunities to provide them with the chance to make work and present it both in the city and with partners in Manchester, Yorkshire, Newcastle, Scotland, particular highlights include our small initial investment to Darren Suarez and his Vogue Ball and watching it grow in success and working with taciturn dance and experience them sell out and receive standing ovations in Newcastle and Edinburgh. I have created a blog of all my best bits!”

There have been many people who have been part of the team over the past 24 years, and have helped to make that happen. Their commitment has made us more of a family than colleagues – I want to thank them and wish them luck in the future. Its finally time for me to pass on the baton. As MDI celebrates 25 years it’s a huge thank you to funders too, especially Culture Liverpool who have been a huge support. It’s time for me to hand MDI over to someone new to take it forward to the next 25!”

Paul Bewick, Chair of MDI said: “Karen’s departure is indeed a poignant milestone moment for the organisation. Her immense contribution and achievements have rightfully been recognized by many, not least in the awarding of an MBE for services to dance. Karen’s leaving MDI after holding the post for so long will certainly provide a challenge to the organization. However with all challenges comes opportunity, and Karen has done great service in preparing the groundwork and setting a clear agenda for MDI as it moves into the next exciting phase of its development”.

Dr Cathy Butterworth, former Chair said: “Karen’s visionary leadership, determination and commitment to making dance accessible and available has resulted in many hundreds having their lives positively changed. She has been an inspiration to untold numbers of people who have been given the opportunity to see and participate in dance, and in many cases go on to have successful professional careers. We wish her every success in her exciting future ventures.”

The process for recruiting a new Artistic Director will begin in the next week.