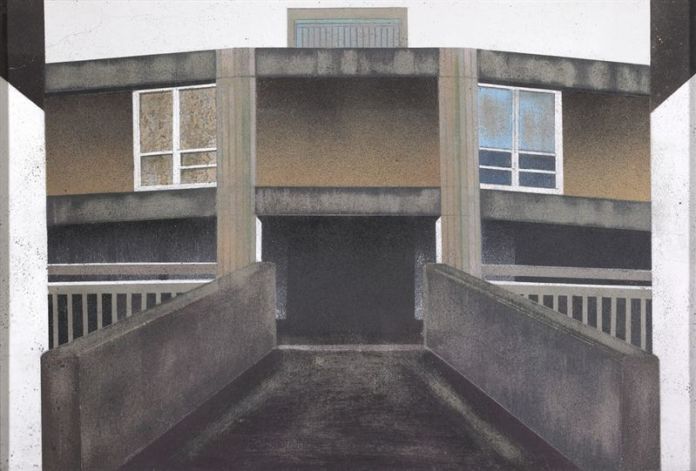 These artists are now in the running for the £25,000 first prize, sponsored by David M Robinson to be announced on 19 September 2014.

A major part of the Liverpool Biennial, the John Moores Painting Prize runs from 5 July to 30 November 2014. Fifty paintings (including the prizewinners) have been selected for exhibition from more than 2,500 entries.

The prizewinning works represent the nature of the John Moores to seek out the most outstanding in contemporary painting and do not conform to any particular style or theme. In fact the paintings are starkly different with only their medium in common: 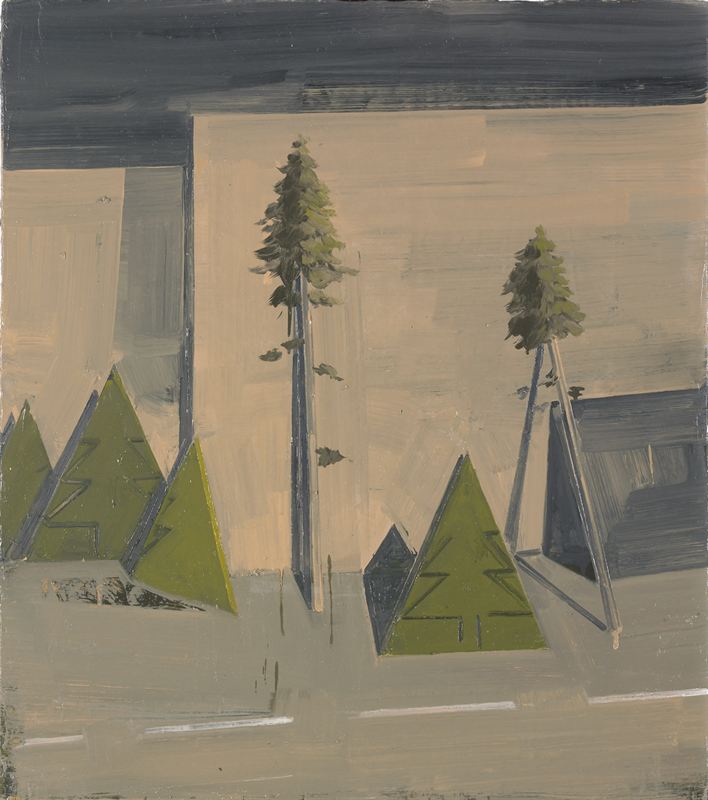 Sometimes I Forget That You’re Gone by Rae Hicks, a recent graduate of Goldsmiths (2012) and the youngest prizewinner (b.1988). An intriguing painting where the ‘props’ of the scene appear unassembled and awaiting their final destination. 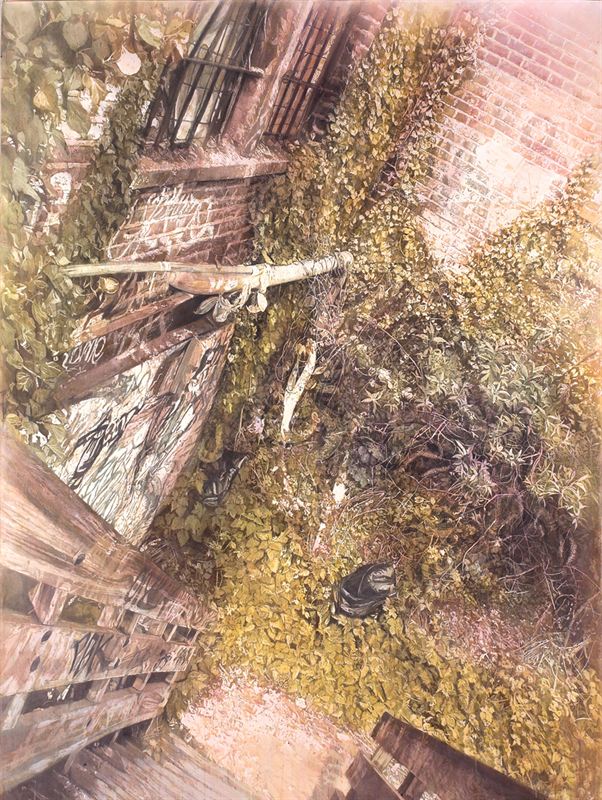 Vinculum by Juliette Losq, winner of the Jerwood Drawing Prize in 2005. The large-scale image belies the traditional understated nature of watercolour. Built up through multiple layers the painting creates an optical illusion which immerses the viewer into its world. 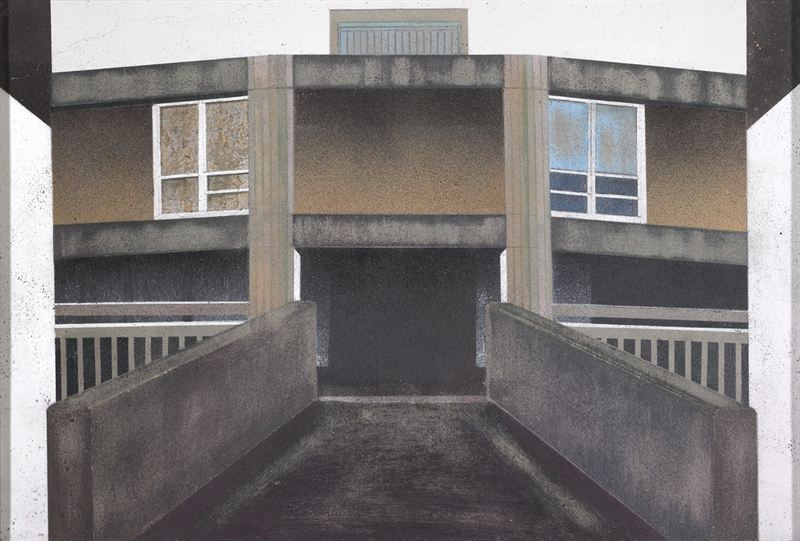 Brutal by Mandy Payne is spray painted directly onto concrete. An almost symmetrical scene from Sheffield’s Park Hill, a Grade II listed 1960s council estate, currently undergoing regeneration. Payne’s rendition of one of Britain’s largest examples of Brutalist architecture deals with the human memories and history indelibly weaved into it. 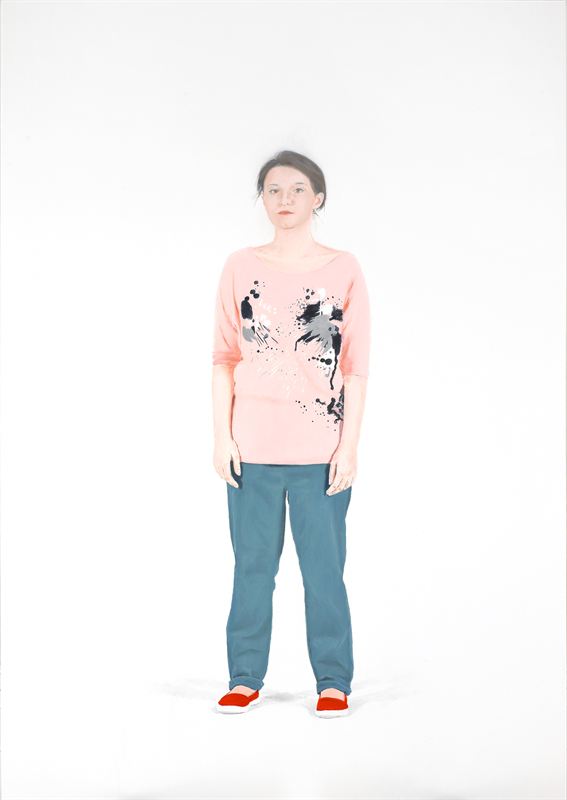 Jessica by Alessandro Raho, an artist with an international reputation. A painting of the artist’s stepsister against a plain white background is typical of the way that Raho uses family and friends as models, drawing upon personal relationships to create a parallel world within his work. 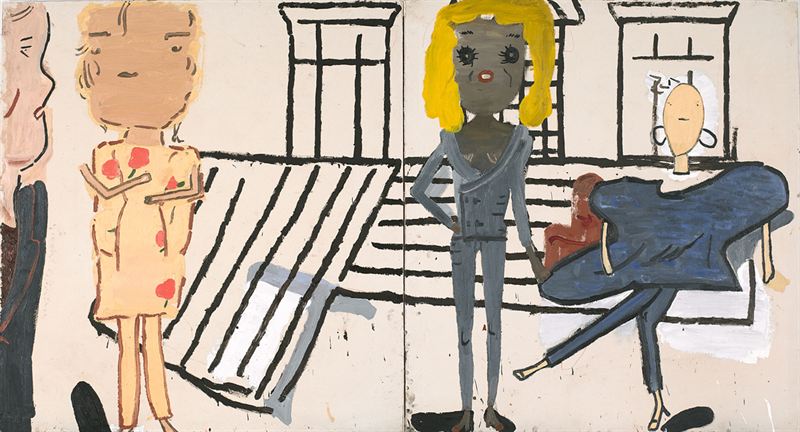 PV Windows and Floorboards by 80 year old artist Rose Wylie. The lively painting features four seemingly disconnected figures. Working from direct observation and memory, her work is informed by a fascination with film and current events. Rose had a BP Spotlight exhibition at Tate Britain in May 2013.

Dubbed the ‘Oscars of the painting world’, the Prize, organised in partnership with the John Moores Liverpool Exhibition Trust, has been keeping its finger on the pulse of contemporary painting for almost 60 years. Past winners include David Hockney (1967), Mary Martin (1969), Peter Doig (1993) and most recently, Sarah Pickstone (2012).

Double Act: Art and Comedy comes to Bluecoat in April

“An Evening Of Hope”, Charity Concert: Marti Pellow and the Royal...