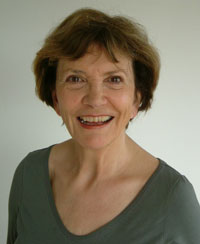 “At this exclusive Rebel Rant Joan will argue that old age really is the age of opportunity!” – I agree!

Joan Bakewell comes to Liverpool for a Rebel Rant

Friday 11th February 2011 at the Bluecoat

Joan Bakewell became a household name when she presented the pioneering 1960’s BBC2 programme Late Night Line-Up. She went on to present Reports Action, was the BBC’s Arts correspondent and throughout the 90’s presented the hugely popular Heart of the Matter.

Her BBC 2 series, Taboo, pushed the boundaries of what had previously been acceptable on mainstream television.

A columnist for The Times, The Guardian and The Independent, she has written four radio plays, six books and had her first novel, All The Nice Girls, published in 2009 at the age of 76. Joan experienced ageism first-hand when she was dropped as the BBC’s arts correspondent in 1987.

In 2008 Joan was appointed as a ‘Voice for Older People’ by the Government. At this exclusive Rebel Rant Joan will argue that old age really is the age of opportunity!