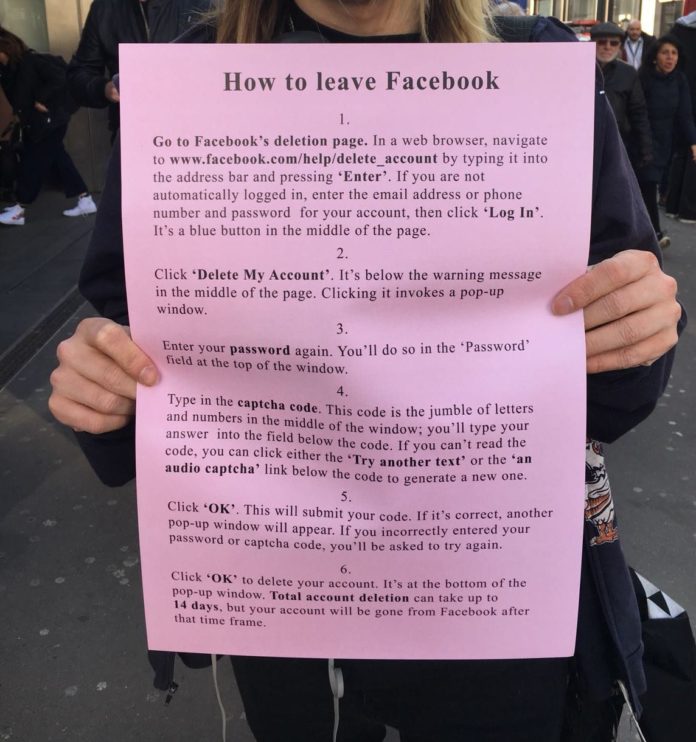 Today the Turner Prize winning artist Jeremy Deller produced 2000 original printed posters relating to Facebook and the process of deleting Facebook accounts. The posters were handed out free this afternoon by volunteers for the Rapid Response Unit.

From 3pm 1000 posters were handed out at Euston Station, London and at Facebook’s UK headquarters in Rathbone Place, London. Simultaneously 1000 were distributed at Lime Street Station, Liverpool.

The intervention was part of the Rapid Respond Unit project in Liverpool, the UK’s first public news-room, with National and International artists acting as Correspondents responding to the live news agenda in real time.

ROLF RETURNS TO THE WALKER

In Conversation with… Paul Du Noyer