An interatctive art installation aimed at breaking the stigma surrounding mental health has been launched on the Wirral.

The Open Door Centre in Wallasey is currently playing host to the ‘Before I Leave’ wall – a chalkboard set up by LPD Art for those at the centre to write down what they would like to achieve before they “leave”.

LPD Art’s founder, Liam Duffy says those passing through can interpret “leave” in whatever way they choose. “So far it has been a great success and those who work and use the services at The Open Door Centre have fallen in love with the idea”. 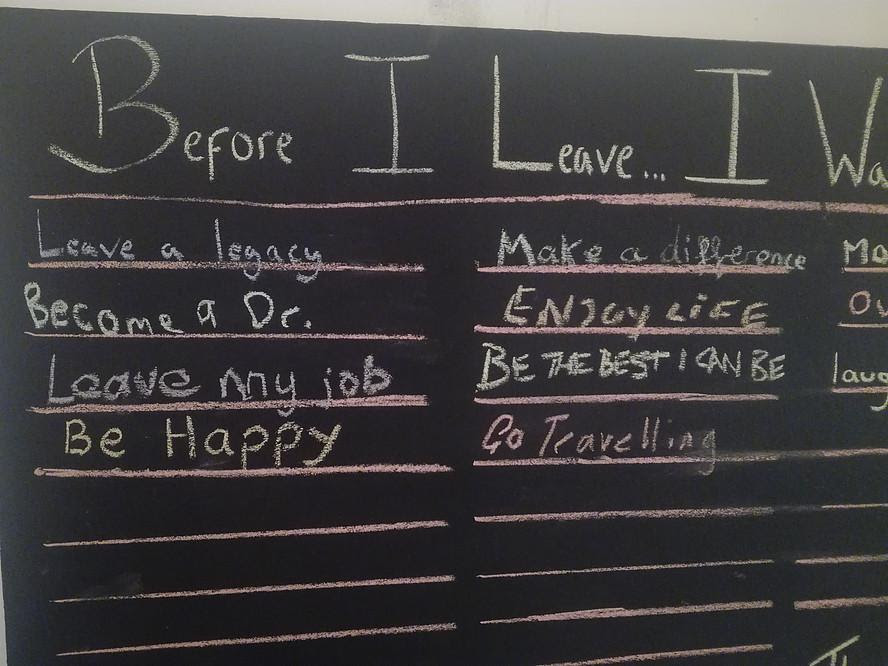 The Open Door Centre positions itself as a small, laid back, mental health charity that offers many different forms of therapy to young people who may be intimidated by the formality of the NHS as well as the thought of being on a waiting list for up to 6 months to begin treatment.

The centre works hand-in-hand with those who choose to use their services to make sure that they overcome their mental health issue and lead a more fulfilling life afterwards.

The project is an homage to artist Candy Chang and her ‘Before I Die’ wall – a large chalkboard in her community in New Orleans not long after hurricane Katrina, with the aim of bringing the sense of community back together by inviting people to write goals they want to achieve in public.

With the support of Merseyside Arts Foundation, LPD Art are looking to take this idea of a chalkboard wall to new heights and tour it around Merseyside to spread the word and break the stigma surrounding mental health.

“We will be targeting high footfall areas and festivals simply to make people aware of the importance of mental health in a way that anyone and everyone can participate in” says Duffy. “I have personally experienced how debilitating forms of mental health can be, especially if the symptoms and effects are not taken seriously.”

“In 2015 my father suffered a life-threatening stroke, seemingly out of nowhere, which turned my family’s life into a tail spin and effected all of our mental health, whether it being developing anxiety, depression or in my case resurfacing anger issues from my teenage years.”

“Knowing that these feeling could have been prevented if I knew of an outlet to reach for, I decided to create my own for those in the local area who are suffering from mental health at this very moment in time.”

The ‘Before I Leave’ wall is currently at The Open Door Centre on Seaview Road in Wallasey and will be going on tour around Merseyside later this year. For more information, visit www.lpdart.co.uk and follow @LPDArtUK on Twitter.

The Space Aims to Re-launch in Spring/Summer 2014