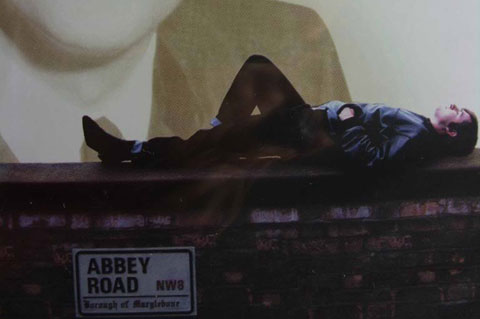 Clapperboard UK in partnership with picturehouse@fact presents
In His Life: The John Lennon Story

Clapperboard Presents… In His Life: The John Lennon Story, Produced by Colin McKeown, directed by David Carson and written by Michael O’Hara, was released in 2000.  Shot on location in Merseyside, the film tells the story of John Lennon’s early life in Liverpool.  Set in the 1950’s when John forms a number of bands and with each new effort his local audience grows. Soon, he’s teamed up with Stuart Sutcliffe (Lee Williams), George Harrison (Mark Rice-Oxley), Pete Best (Scot Williams), and Paul McCartney (Daniel McGowan).  Collectively known as the Beatles, they draw the attention of music promoter Brian Epstein (Jamie Glover) who ushers them into the big time. Sutcliffe and Best are dropped from the band, Ringo Starr (Kristian Ealey) is added, and the rest is musical history.  The movie also stars Liverpool actors Gillian Kearney, Paul Usher and Michael Ryan.

Liverpool producer Colin McKeown and actor Gillian Kearney will participate in a Question and Answers session with the audience.  A complimentary after show drink will be sponsored by 3345 Parr Street.

Colin McKeown said “I am myself, totally absorbed in both training and creating oppportunities with my work in The Liverpool Film academy.  I therefore totally support the activities of Clapperboard whose aims and objectives are very akin to my own.”

Clapperboard Presents… is also an excellent opportunity for new and established media and creative players to network ideas and support for the benefit of all.

Income raised from Clapperboard Presents… will go toward the Clapperboard Youth Project.  Tickets are £10 each.  Concessions £7 from direct from FACT box office.

(The screening of In His Life: The John Lennon Story, is a celebration of John Lennon’s life).

More information can be found at www.clapperboarduk.com

‘Love Not Fear’ project calls for creatives’ hopes and visions of...

Physical Fest performance programme is on the move