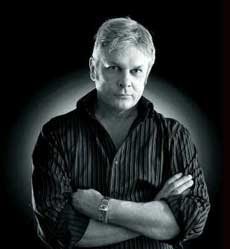 On Friday 18th September Club Geek Chic will host the first of its intimate and illuminating ‘In Conversation With…’ events when we interview a famous Liverpool son or daughter whose thoughts, words or deeds have set them apart from others…

Born in Anfield and schooled in Bootle, Paul’s career began on Britain’s legendary music weekly the NME. He was founding editor of Mojo and was on the launch teams of Q, heat and The Word. He has edited Q Magazine, oversaw the launch of several music websites including Mojo4Music and Kerrang and is now a contributing editor of The Word. Over the years Paul has interviewed such music legends as David Bowie, Paul Weller, Morrissey, Madonna, Mick Jagger, Elvis Costello, Kate Bush and Lou Reed.

Paul has written as a freelance journalist for The Sunday Times, GQ, The New Statesman and since 1989 has worked on numerous projects with Paul McCartney including all of his tour programmes. More recently Paul was awarded the title of Visiting Fellow in Journalism at Liverpool Hope University.

As well as this hugely successful career in journalism Paul has written, edited or contributed to several books including his hugely successful study of John Lennon’s solo music ‘We All Shine On’ and his latest, a sweeping history of our capital’s music scene ‘In The City: A Celebration of London Music’. Paul’s history of his home town’s music scene ‘Liverpool: Wondrous Place’, first published in 2002, was rereleased in 2007 to cover the city’s role as European Capital of Culture 2008.

Having written the definitive musical histories of both Liverpool and London Paul now divides his time between these cities with homes in both.

Paul will be interviewed by Geek Chic’s musical director Michael Neary, himself Bootle-born and educated and a professional musician of some twenty six years experience. The interview will include conversation about his work to date, his impressive list of celebrity interviewees and his feelings for Liverpool’s music and culture with particular reference to ‘Liverpool: Wondrous Place’.

The evening will comprise the interview and a Q&A with the audience interspersed with acoustic performances of some of Paul’s ‘Top 100 Liverpool Songs’ by up and coming local musicians.

The event takes place from 19.30 on Friday 18th September 2009 in the magnificent new 5th Floor Function Suite of the Hope Street Hotel which boasts one of the best views of the city. Please arrive in good time as the interview will begin promptly at 20.00

A small bar selling a selection of wines, beers and spirits will be open before the interview and during breaks.

Tickets are £12 and are available on Paypal via the Club Geek Chic website (www.clubgeekchic.co.uk) or on the door.

New look for 08 culture board