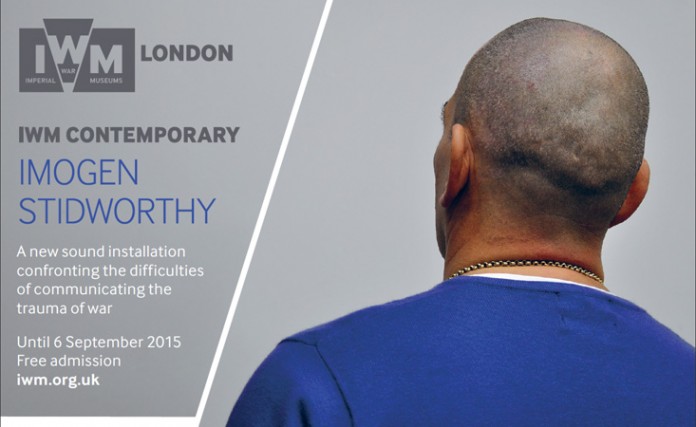 Liverpool-based artist, Imogen Stidworthy (winner of the 2008 Liverpool Art Prize) has an installation, The Work, at the Imperial War Museum, Lambeth (3 June – 6 Sept 2015).

The piece is a new iteration of a sound installation originally developed in 2009 with the voices of ex-soldiers Rob (pictured) and Dave, whose experiences of military conflict leave them both with PTSD, and Lisa, Rob’s wife.