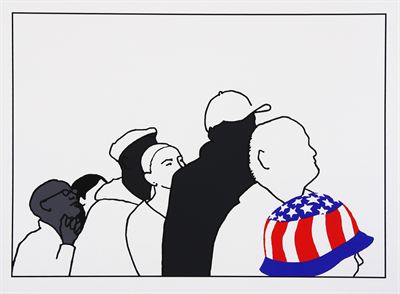 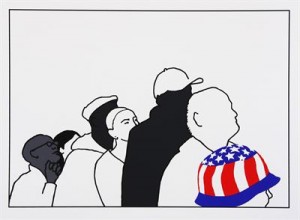 On the eve of the USA presidential election, the Walker Art Gallery is pleased to announce the first European display of seven stunning silkscreen prints, which tell the inspiring story of Obama’s 2008 presidential campaign.

In Seven Days…, a study by the artist Nicola Green of this historic event, which saw the election of the USA’s first Black president, goes on display from 19 January to 14 April 2013.

The seven images have a formal order: Light is the first in the series and represents the beginning of the story; Struggleis the history of the campaign; Hope the characters involved; Change the main protagonist; Fear conveys the obstacles encountered; Sacrifice/Embrace an ambiguous resolution, and Peace a conclusive hope for the future.

National Museums Liverpool comprises eight venues. Our collections are among the most important and varied in Europe and contain everything from Impressionist paintings and rare beetles to a lifejacket from the Titanic.

One of the finest art galleries in Europe the Walker Art Gallery is home to renaissance masterpieces, Tudor portraits and one of the best collections of Victorian and Pre-Raphaelite art in the country. An outstanding collection of contemporary art includes work by David Hockney, Lucian Freud and Banksy.