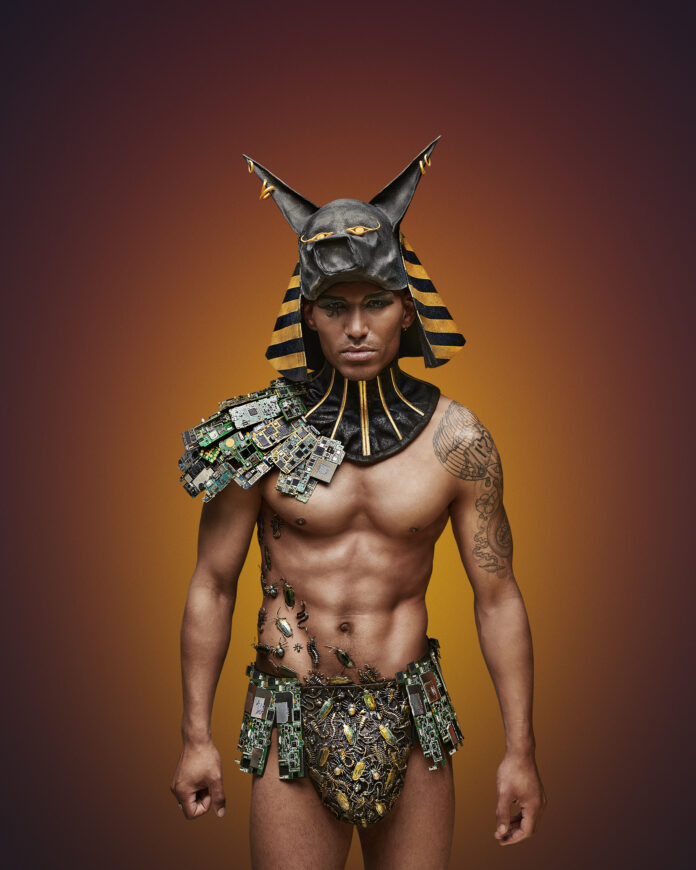 House of Suarez’s legendary annual Vogue Ball is returning to Liverpool this autumn and will be inspired by treasures from around the globe, set against the stunning backdrop of World Museum.

Night at the Poseum on 23 October, will draw inspiration from World Museum’s collections to create costumes and performances to animate the Lower Horseshoe in the museum.

The event will be steered by Captain Rikki Beadle-Blair as Master of Ceremonies. Nathan Sussex (Hollyoaks, It’s a Sin) and BBC Radio Merseyside personality Ngunan Adamu have been confirmed as two of the four judges.

Expect an extravaganza of costume, dance, and high drama as Houses from across the UK come together to compete for catwalk supremacy in categories such as Fantasy, Solo, Lip Synch, Sex Siren and Choreography.

Darren Suarez, artistic director of the House of Suarez and founder of the Vogue Ball, said: “We are taking our audiences through time and space as we enter the iconic building of Liverpool’s World Museum! We will see the spectacular collections come to life on one runway, as Houses from across the country and beyond embody the glorious building and its spectacular exhibits. Houses will channel their inner divas as they battle for supremacy on the famous House of Suarez runway. From Pharaohs battling spacemen to insect lip syncing for 10s across the board. We promise to keep up our tradition and keep our audience’s wanting more!

“I am so happy to be partnering with such an iconic brand as National Museums Liverpool, the beautiful landmark venue of World Museum and working with some of Liverpool’s most precious collections. All our participants are so excited and raring to go.”

David Watson, Executive Director of Audiences & Media added: “We are really excited to be partnering with House of Suarez to host one of the most fabulous events in Liverpool’s cultural calendar. We have already established a relationship with House of Suarez, having one of their stunning Vogue Ball dresses on display in the window of Museum of Liverpool. Bringing global Vogue culture to our museums helps to further highlight links with the collections and LGBTQ+ culture and diverse ethnic cultures. Night at the Poseum is part of a series of events we’ll be delivering as part of a new autumn/winter programme of activity to reenergise, reengage and entertain audiences”.

The House of Suarez Vogue Ball is inspired by the legendary balls held in New York City from the 1970s, which provided a platform for young Black and Latinx LBGTQ+ people to showcase their flamboyant and competitive personalities.

Dubbed club culture meets high art, the ball has become a key annual event in Liverpool’s cultural calendar since it burst onto the scene as part of the Homotopia LGBTQ+ programme for European Capital of Culture in 2008.

The main event will be preceded by Elements of Vogue, House of Suarez’s under 16s platform. Youth dance groups nationwide will work alongside House of Suarez via workshops and classes, before officially opening at World Museum on 22 October.

Tickets will go on sale in July.

This autumn Tate Liverpool will be showing works by Roy Lichtenstein