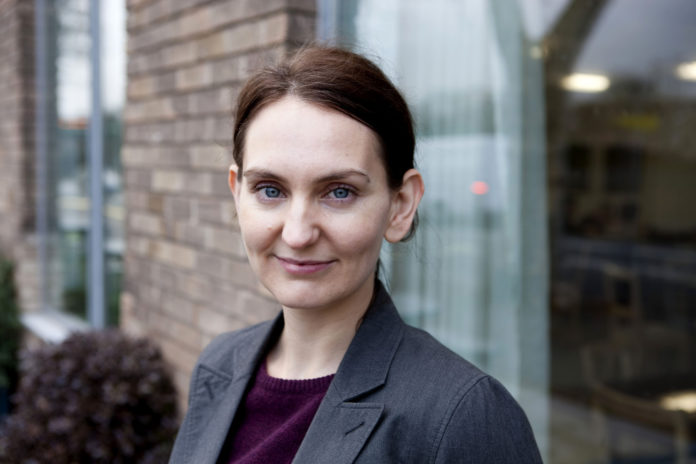 Tate announced today that Helen Legg (44), currently Director of Spike Island, Bristol, has been appointed the new Director of Tate Liverpool. She will take up the position in the summer.

Helen Legg has been Director of Spike Island since September 2010. There she focused on giving opportunities to emerging artists and developed an ambitious exhibitions programme which firmly embedded the organisation in the city and gave it a leading role in the visual arts in the South West, attracting new audiences and funders alike. Previously she was Curator at Ikon Gallery, Birmingham (2005 -2010), where she was heavily involved in the development of Ikon, Eastside, based in a former factory building in Digbeth, an industrial area of the city.

With almost two decades of curatorial expertise, having worked extensively with British and international contemporary artists, including Hedwig Houben, Anthony McCall, Haroun Mirza, Tatzu Nishi, Laure Prouvost, Cally Spooner and Gillian Wearing, she has built impressive relationships in the UK and abroad. Helen has written about contemporary art for a wide range of publications and journals and is currently contributing to an essay for inclusion in the first Lubaina Himid monograph.

“We are thrilled to announce that Helen Legg has been appointed Director of Tate Liverpool. As the gallery enters its fourth decade, Helen will lead the institution into a new era. Her impressive track record at Spike Island and at Ikon mean she brings a wealth of expertise to the role. Her curatorial achievements and her experience of developing crucial networks and partnerships will help us attract the audiences of the future to Tate Liverpool.”

“I am delighted to be joining Tate as Director of Tate Liverpool. The gallery has had a huge impact on me and I feel a strong affinity with the values of the organisation. I look forward to working with colleagues and to deepening relationships with partners both locally and internationally to take the gallery into its next exciting phase.”

“Tate Liverpool has a long history of working closely with organisations in the city and is one of the most visited modern and contemporary art galleries outside London. Helen Legg’s impressive vision and expertise will ensure the gallery will continue to offer an outstanding programme and affirm its important role in this community and beyond.”

Helen is currently an external advisor to the Arts Council Collection Acquisitions Committee, a member of Arts Council England South West Area Council, Chair of Visual Arts South West, an Honorary Visiting Professor at the University West of England and sits on the advisory board of the Bristol Cultural Development partnership. She was part of the selection committee for the British representations at the Venice Biennale 2017 and a judge for the Jerwood Drawing Prize 2017. In 2014 she was a judge for the Turner Prize and the Contemporary Art Society’s Museums Award and in 2014 was a selector for the Paul Hamlyn Foundation Artist’s Awards.

She gained an MA in History of Art from the University of St Andrews in 1996 and an MA in Curating & Commissioning Contemporary Art in 2002 from the Royal College of Art. She completed the Chief Executive Programme of National Art Strategies, hosted by Harvard Business School and Michigan Business School, in April 2015.