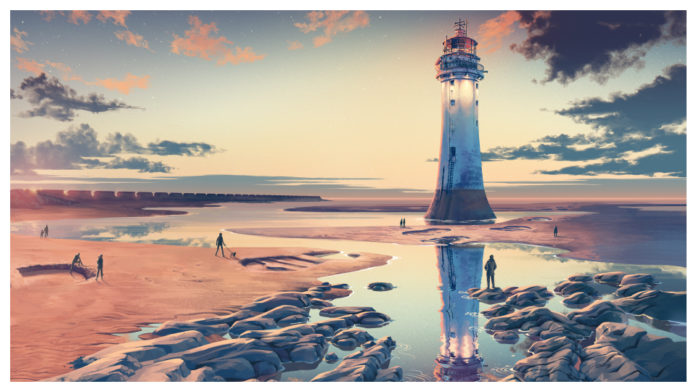 STUNNING artwork has been unveiled which reveals one of the locations involved in the brand new Giant spectacular heading to Liverpool and Wirral in October.

New Brighton Lighthouse features on a brand new design created by Liverpool artist Alice Duke, confirming that a Giant visitor is expected to explore parts of Wirral for a day, with the lighthouse being included on the route.

As well as the Wirral location, organisers can also announce that Princes Park will feature as part of the show, with some very special activities planned for the green space. Both locations will feature on Friday 5 October.

Liverpool’s Dream takes place from Thursday 4 to Sunday 7 October, and will see Nantes-based Royal de Luxe bring their unforgettable street theatre event to the city for the third time. As usual, the French team are keen to keep an air of mystery around the event, so although two of the locations have been revealed, the full route and the specifics around which Giants are coming, is going to be kept under wraps for some time.

Alice worked on the last Giants event back in 2014 and is delighted to be back on the team four years later: She said: “After making work for the 2014 campaign it was an honour to be invited back to create a piece of artwork to promote the 2018 visitation. Seeing the Giants is always magical and surreal; I think the way Perch Rock Lighthouse emerges from the sea and sand matches that perfectly. It was a beautiful location to research and paint, and will be a wonderful place to see the Giants.”