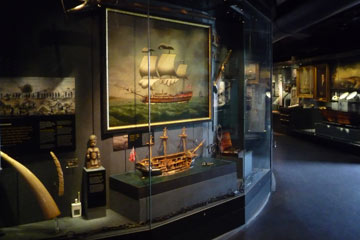 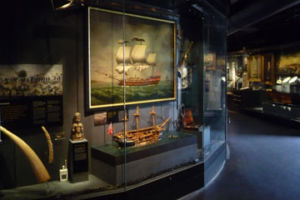 The International Slavery Museum has received funding of £80,000 towards ambitious expansion plans.

A bid to the DCMS/Wolfson Museums and Galleries Improvement Fund has been successful and means the museum can embark on plans to expand into the adjacent Dock Traffic Office building.

The “Freedom Live” project will see the Dock Traffic Office opening to the public as early as this summer.

It will offer new spaces that complement the existing International Slavery Museum with new flexible displays for collections and exhibitions as well as community and educational areas.

This is the first stage of a longer term plan to link the Dock Traffic Office building with the existing Slavery Museum via a glass walkway. This development work is subject to further funding.

Dr Richard Benjamin, Head of the International Slavery Museum, said: “This initial funding is both great news for National Museums Liverpool and the city. It means we can move forward with our plans to expand the museum.

“Since opening in 2007 the museum has grown in strength and influence. In order for us to keep momentum as a campaigning museum our aspiration is to expand and evolve.

“By opening the Dock Traffic Office to the public we hope to encourage more community involvement and engagement with collections, exhibitions and campaigns.”

The International Slavery Museum is based on the third floor of the Merseyside Maritime Museum at Albert Dock. It welcomes more than 400,000 visitors a year. Entry is free.

At present, the Dock Traffic Office houses National Museums Liverpool staff. The Grade 1 listed building was built in 1848 and in recent years was the home of Granada TV.

The Slavery Museum is the only museum of its kind to look at aspects of historical and contemporary slavery as well as being an international hub for resources on human rights issues.

In 2010 it received an Honourable Mention as part of the prestigious UNESCO-Madanjeet Singh Prize for the Promotion of Tolerance and Non-Violence.