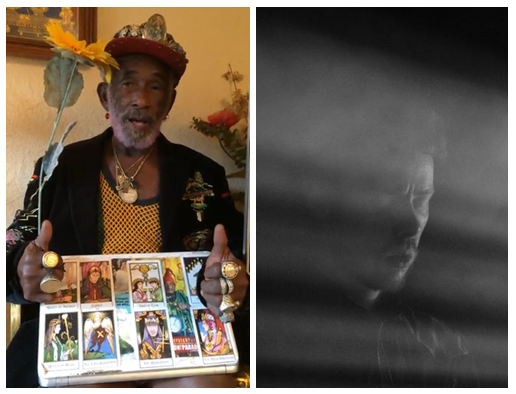 Barnes sent a word of thanks from his sellout show in Brighton saying he was ‘honoured and proud’ to be playing a part in Merseyside’s rich arts and music scene – while legendary reggae star and Forest Swords collaborator Lee ‘Scratch’ Perry sent a personal tribute from his home in Jamaica.

It was Dazed & Confused, Clash Magazine and Mixmag‘s album of the month with single Thor’s Stone reaching1# on the Hype Machine charts. The album spent two weeks in the top 25 of the US Billboard charts, and charted in the top two of the iTunes electronic charts in US, UK, Canada and Spain.

The live show – which has features a visual collaboration with Liverpool film maker Sam Wiehl – has toured Europe as main support to Mogwai, playing at SXSW in Austin Texas, a North American tour with How To Dress Well plus sell out shows across Europe.

The Guardian called the headline appearance at Unsound London in Oct 2013“a rapturous celebration of life”.

Fresh from his sell out American and European tour, Forest Swords aka Matthew Barnes said: “I’m very pleased and honoured to be this year’s recipient of the GIT Award. I feel proud to live and work on Merseyside which has such a rich culture of music and art right now, and which every musician in Liverpool – shortlisted for this award or not – contributes to. Although I am unable to attend tonight, I’m honoured to be nominated alongside so many great local artists.

“I was lucky enough for the legendary Lee ‘Scratch’ Perry to remix of a track of mine earlier in the year. I was uncomfortable with the idea of doing my own acceptance video for this award, so I asked the master himself to do it for me. I know he also feels a love for Liverpool. Thank you so much.”

The Inspiration Award went to Liverpool’s celebrated Africa Oyé festival, which brings its 22nd outing to the city’s Sefton Park this year.

Paul Duhaney, Artistic Director Africa Oyé said: “The Africa Oyé team is both delighted and honoured to receive the Inspiration Award. Since our festival started off as a series of small gigs in the city centre over 20 years ago, we have sought to inspire people through African and Caribbean music, some of which they may have never even heard, let alone seen performed live in their own country.

“Seeing the thousands of people who now flock to Sefton Park every year to experience Oye is an amazing thing and it’s wonderful how Liverpool has embraced our festival. Thank you to the GIT Award organisers – we hope to carry on inspiring our audience for many years to come.”

Låpsley, winner of the GIT Award’s new One To Watch prize, performed at the event in what was only her second UK gig. In just six months, the  17-year-old female electronic artist and producer has received international recognition with her self-produced track Station.

Receiving almost 500,000 plays on her SoundCloud alone for her two tracks Station and Valentine, Låpsley has received airplay on Radio 1 and 6Music while being featured in NME and being the toast of the international blog scene.

Those attending the event were also treated to exclusive videos from nominees Dan Croll playing a sell out show in Minneapolis and Evian Christ from his London shows as fellow shortlisted acts Outfit, Circa Waves and Tea Street Band were there to collect their specially crafted mementos by Liverpool architectural company ArchiPhonic.

GIT Award founder, Peter Guy, hailed the night saying: “There’s no region around the world to match new music emanating out of Merseyside right now – tonight justified the hype with industry heads from across Europe heading to the Kazimier to watch the talent unfold. It’s been a tremendous team effort from a small but passionate group of individuals – and not forgetting the awesome music from not just the 12 shortlisted artists but the hundreds across Merseyside making it happen.”

NERVE 17 Magazine and Calendar Out Now