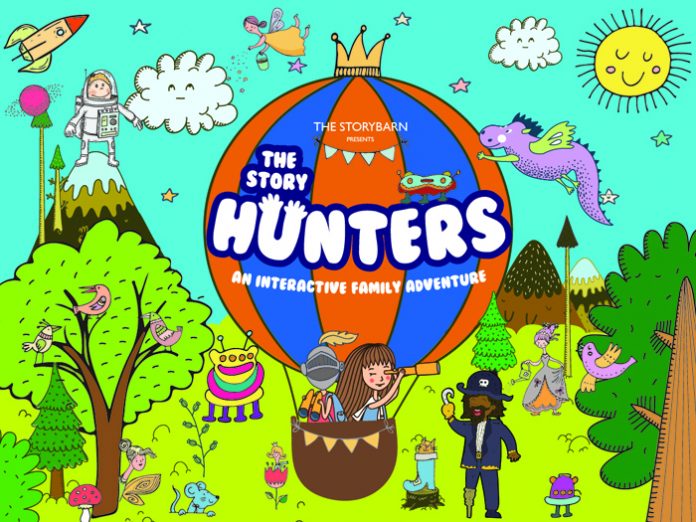 Last month The Reader was devastated to confirm that the damage Storm Doris inflicted on Michael Rosen’s Bear Hunt, Chocolate Cake & Bad Things exhibition at Liverpool ONE was too extensive to allow the experience to continue. Today, the team are thrilled to announce that The Storyhunters, a new family adventure is set to launch in time for the Easter School Holidays.

Part interactive theatre show, part literature-based experience, families will become Storyhunters as they set off on an indoor / outdoor storytelling adventure in the heart of Liverpool’s Calderstones Park. Beginning on Friday, April 7, these sessions are specially developed for children aged two to eight and their families. Sessions, which include a mix of stories, songs and crafting activities, will begin in The Storybarn but will also see families setting out across the park on the hunt for the “story clues”.

Jane Davis, The Reader’s founder and director said: “We want to say a huge thank you everyone who got in touch following the devastation Doris caused. We received hundreds of messages of support from people across the Liverpool City Region and beyond and a number of generous donations including one from a Reader in New York! We are thrilled to be able to offer an alternative literature-based event at our headquarters in Calderstones – we can’t wait to see families become The Storyhunters!

“It’s been a busy week for The Reader, we announced our plans to refurbish and transform Calderstones Mansion House into The International Centre for Shared Reading and The Storybarn is key to the project’s ambitions. Over the last year we welcomed more than 16,500 people through our big barn doors – kick-starting a life-long love of reading for pleasure for little readers and future leaders.”

More on the QEII in Liverpool