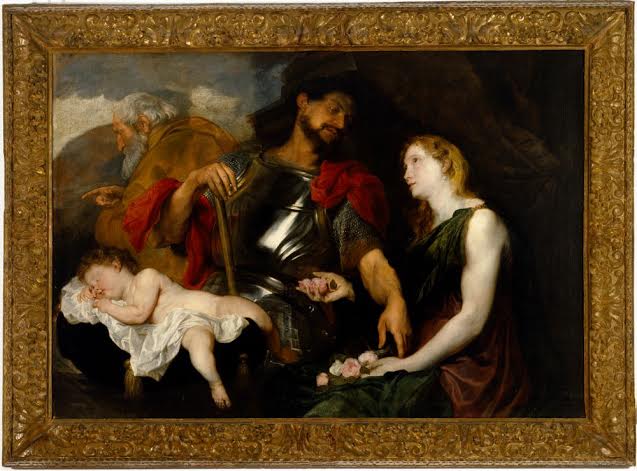 The Four Ages of Man was painted during a long stay in Italy by the painter who was trained by the master Flemish baroque artist, Peter Paul Rubens. The subject of the painting is not known for certain, but perhaps it is making a link between the human ages and the seasons, as well as referencing classical mythology: Cupid as Spring and infancy, Venus as Summer and youth, Mars as Autumn and middle age, and Saturn as Winter and old age.

Matthew Clough, Director of the VG&M, said: “We are delighted to have been able to collaborate with the Commune di Vicenza to bring this magnificent work to Liverpool. It has also given us a great opportunity to look at a number of works from our own collection in the style of Van Dyck which have not been on display for some time.”

The painting is part of a reciprocal loan arrangement with the exhibition organiser Linea d’ombra on behalf of the Civic Museum of Vicenza.

The VG&M is lending ‘The Eruption of Soufrière St Vincent’ by JMW Turner to the `Around Monet’ exhibition at the Palazzo della Gran Guardia in Verona and then moving to Basilica Palladiana, Vicenza.

National Museums Liverpool is also lending two paintings from the Walker Art Gallery to the same exhibition including a Turner which is hanging on the same wall.

The Four Ages of Man will be on display in Gallery 4 in the VG&M until May 2014.

The Incredible Moving Picturehouse To Debut At Liverpool Pride