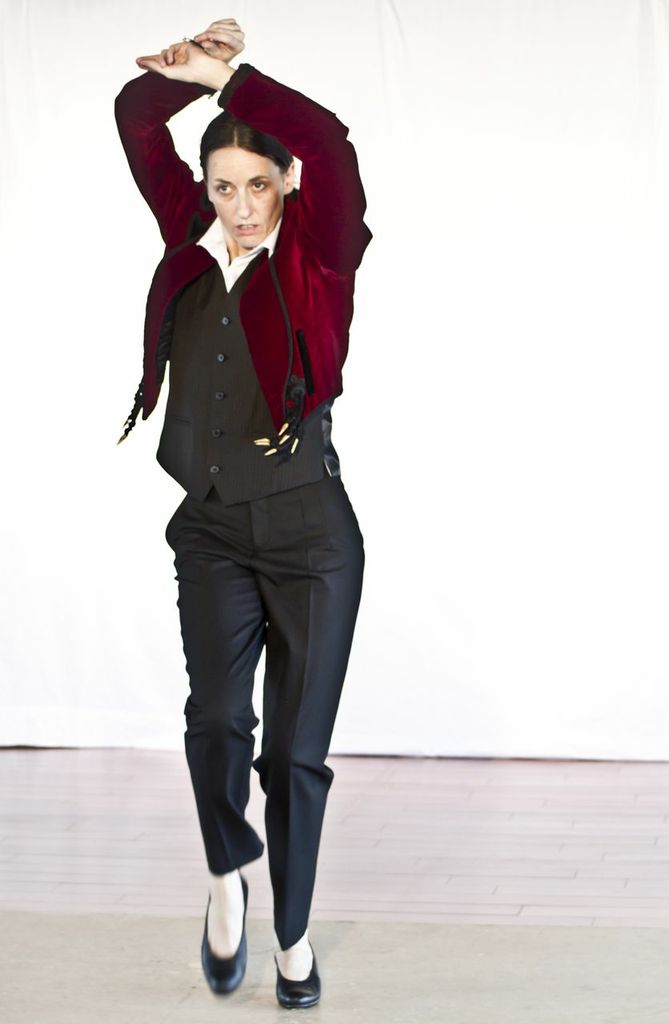 The artist, who is based in Halewood, returned from a month long stay in Barcelona, Catalonia, Spain, to learn flamenco and pay tribute to Spain’s greatest flamenco performer, Carmen Amaya.

Clare was taught by professional flamenco dancer and teacher, Toni Moniz. Moniz, who runs Escuela de Baile Flamenco Jose de la Vega, Barcelona, created choreography for Clare based on an old Carmen Amaya routine, performed by the dancer in one of her many film appearances.

Says Clare, ‘The training process was very hard work, but it was an amazing experience and I feel so grateful to have had the opportunity to learn more about flamenco culture and find out about what made Amaya unique.’

‘Amaya started dancing before her teenage years up until the early 1960‘s and stood out because she was so strong. Her footwork was so fast that even male flamenco dancers couldn’t match her, but what I discovered through learning similar dance steps, was that while she challenged gender roles within flamenco, her performances were also about confidence and having great strength in her femininity.’

Clare’s interpretation of part of the ‘El Embrujo de Fandango’ was filmed in Barcelona, and last week, along with another Halewood based artist, Barry Worrall, Clare began a series of collaborative art workshops with students at Halewood Academy Centre for Learning, using this film footage to create a series of video works.

The workshops will continue for the next four weeks, during which time, the participants will create an exhibition using their newly gained skills in animation and digital media arts, something which Clare hopes will encourage a new generation of artists in the Halewood area.

‘Amaya is a great role model in terms of someone who lived their dream through a very expressive art form and I not only want the young people involved in the project to have an insight into another culture, I want them to develop a range of skills by mixing older and more contemporary art forms together, to inspire the growth of young creatives and establish Halewood as a place known for its creativity,’ said the artist.

This year marks the Centennial of Carmen Amaya’s birth, and the works created during the workshops will be shown in an exhibition at the Academy on Tuesday, 19th November 2013, which commemorates the 50th anniversary of her death.