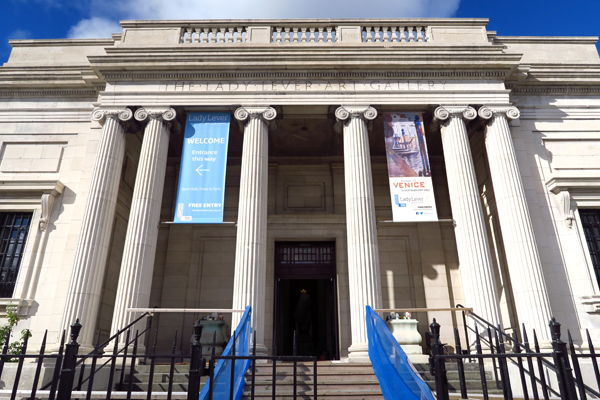 The south end of the Lady Lever Art Gallery in Port Sunlight has been undergoing extensive refurbishment since the  beginning of 2015 and is due to re-open to the public in Spring of 2016. Work is progressing well and we were delighted to have a tour of the area with the Lady Lever team including Director of Galleries, Sandra Penketh.

Many of the old features which were lost or hidden over the years have been unearthed, restored or re-created to bring back the splendour of the original 1926 vision. Many modern features are there too, of course, such as wi-fi in every room, led lighting (hidden inside the original light fittings) and various multi-media interactive displays to come later.

This area includes some of the galleries most popular displays such as the Wedgwood collection, the Chinese ceramics and Napoleon room. These have been sorely missed during the refurbishment but the public will be flooding back in even greater numbers next year.

The 500sqm of refurbished space includes the following galleries and public spaces:

The new galleries will redisplay more than 1,500 objects, including the best collection of Wedgwood jasperware in the world, one of the finest collections of Chinese porcelain in Europe and outstanding 18th century paintings, furniture and sculpture. The project covers more than a quarter of the building.

The changes that have taken place to date have been designed to sympathetically restore the galleries to their original architectural design and splendour:

Stroke survivors improved ability to communicate and use non-dominant hands by...