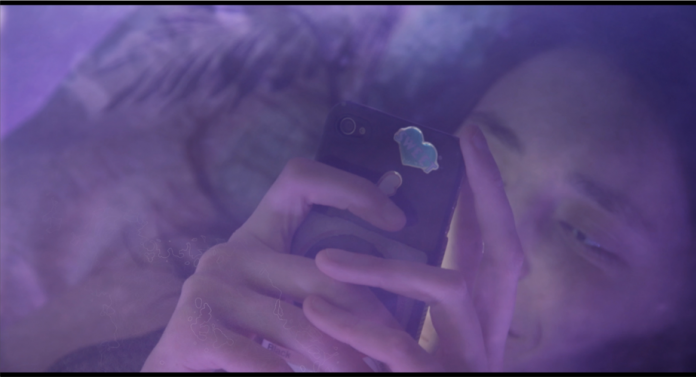 In January 2017, FACT is pleased to welcome this year’s winner of the European Media Artists in Residence Exchange (EMARE) award, Italian filmmaker Giovanni Papini (member of GVN908), who will explore how people interact with hacking. As the starting point for their new project, Giovanni will be using the 2014 cyberattack on Sony Picture Entertainment, where, in response to the release of Seth Rogen and James Franco’s North Korean-themed “political satire comedy film”, The Interview, hackers exposed sensitive information about SPE’s employees and executives’ life and hidden political agendas.

The EMARE award is a product of the European Media Art Network (EMAN), consisting of FACT, Bandits-Mages (France), Impakt (The Netherlands), Werkleitz (Germany), and HeK (House of Electronic Arts Basel) (Switzerland), which supports research, production, presentation and distribution of media art in Europe and beyond. The annual EMARE award is granted to outstanding European media artists, with all partnering organisations hosting one artist each, every year. This year, the EMARE award received more than 130 applications from countries, including India, Brazil, Portugal, South Africa, USA, Ireland, UK, Croatia, Netherlands, Greece, and Turkey.

The six-week EMARE residency at FACT will allow Giovanni to work closely with FACT’s Video Production team, and creative technologists in FACT’s experimental design and technology space FACTLab. Exploring the new possibilities of real time computer graphics, immersive game engines, motion capture and multi linear editing, Giovanni’s project aims to examine the role of hacking in the creation of offline personae and the collapsing separation between data and flesh.

Giovanni says: “After lots of sensitive information about Sony Picture Entertainment’s employees and executives were leaked and published online in January 2015, we traced back more than 20 000 of the emails, which revealed infinite stories about people working at all levels in the company. Our project aims to create a digital infrastructure to summon characters and events; speculating on the ownership of our bodies and personae amongst electronic communities, and narrating the subversion of roles between the vessel and the agent.”

The finished product of the residency will be a Multiplayer Online Role Playing Game (MORPG), presented online in March 2017 in parallel to the exhibition, How much of this is fiction. at FACT (2 March – 21 May), a major exhibition which examines the movement ‘Tactical Media’. This show not only presents examples of ‘hit and run’ media activism perpetrated by artists since the early nineties, but also considers how future technologies may affect how we engage with our political landscape, and how artists exist as ‘tricksters’, subverting the systems used by mass media and political propaganda to draw attention to hypocrisies and flaws within those very structures. Rather than using a linear storytelling, the film will make use of a realtime game engine to create several realms, in which anonymous observers can witness the story evolve.

Giovanni is a node of GVN908, a stochastic, semi-anonymous entity. GVN908’s work explores the rooms where the visceral body is merging with the avatar, from mystic online communities, vast cultivations of post-biological selves, to subterranean server farms. GVN908’s previous projects include an ethereum/bitcoin mining rig converting the gallery’s electricity into crypto-capital and redistributing it to random users sending anonymous micropayments, and a talk about how hyperstitional digital images inhabit our flesh.

The new film XSSgranted:Genius_Loci by Giovanni, his first work as part of GVN908 and released in November, is the story of a decomposing love affair, separating into more complex components. Questioning society’s need for entities with identities and the possibility of the existence of disembodied artificial intelligences, the film is partly inspired by the short story Vaster Than Empires and More Slow by Ursula K. Le Guin and by the adaptation of the myth of Lohengrin by Richard Wagner. Told as a collage of images stolen from the global network – from other people’s lives – and it is unclear when or where this story is taking place. The trailer for the film can be found via this link: https://vimeo.com/gvn908/xssgranted

Maritime Park Gets Go Ahead