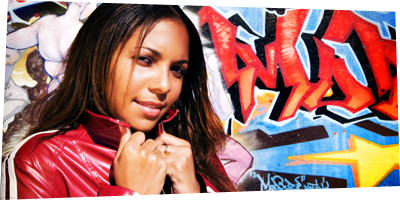 Liverpool’s media arts centre FACT will be hosting Film Nation: Shorts workshops to help young film-makers win a chance to get their work showcased at the London 2012 Olympic and Paralympic Games.

London 2012 is urging aspiring young film-makers to apply for their place on the workshops which will take them through the skills involved in making a film.

London 2012 Cultural Olympiad programme Film Nation: Shorts – a short film competition for 14-25 years olds – is bringing the workshop to FACT in Liverpool as part of a unique national programme of free workshops. The workshops will give young film-makers the chance to meet professional film-makers and acquire new skills in film-making techniques using the latest state-of-the-art Panasonic equipment.  More information on the workshop including how to attend can be found at www.filmnation.org.uk.

Film Nation: Shorts was launched by eminent film producer Lord Puttnam and actors Nicholas Hoult and Georgia Groome at BAFTA in London, and invites 14-25 year olds to create short films that celebrate the values of the Olympic and Paralympic Games: respect, courage, excellence, friendship, equality, determination and inspiration. Submissions for the first round of Film Nation: Shorts are open until 1 October 2010 and the competition culminates in a special national award ceremony each year to highlight the best new film making talent, with the first ceremony in December 2010.

The winners’ work will be screened at the iconic venues of the Olympic and Paralympic Games in London 2012 to an audience of millions. The best films will also be showcased on giant London 2012 Live Site screens around the country, on the London 2012 website, and on a dedicated Film Nation website, with monthly awards leading up to an annual award winners ceremony. Submissions for the competition opened on 23 June 2010, and the competition will be run each year until 2012, showcasing the creative talents of the next generation of young film-makers and giving them a chance to be right at the heart of the Games.

Film Nation: Shorts is delivered in partnership with Panasonic, Screen West Midlands, First Light and 104 films with funding from the National Lottery through the Olympic Lottery Distributor.

Central Library – Liverpool and Beyond