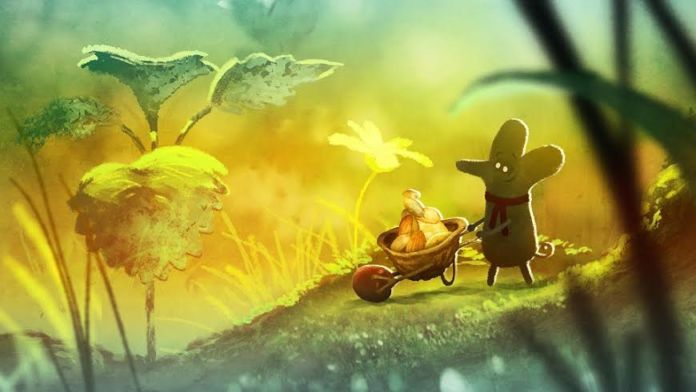 The 12th Liverpool Irish Festival returns to the city from tomorrow, celebrating Liverpool’s unique relationship with Ireland and showcasing the finest in contemporary and traditional Irish culture.

With 64 events held in major venues across the city – including St George’s Hall, The Bluecoat, FACT, Liverpool School of Art and Design and National Museums Liverpool – Liverpool Irish Festival has now matured into the most successful Irish cultural festival in the UK. In 2014, the Festival programme has been widened to deliver a broader mix of art forms and events to highlight the changing nature of Irish culture and its rich impact on the city.

From the English première of Seamus Heaney’s final works to a celebration of Gaelic football with the first Liverpool Irish Festival Cup and a talk by John Larkin QC, Attorney General for Northern Ireland, this year’s Festival is bigger than ever spreading across ten days in a cavalcade of music, arts, dance, theatre, exhibitions, food, drink, football, talks and tours.

At FACT, the Festival will present one of Seamus Heaney’s final works: five beautifully animated tales, translated by the Nobel laureate from medieval fables. ‘Five Fables’ was broadcast on BBC Northern Ireland this spring. Narrated by Billy Connolly with an especially composed score by Barry Douglas and stunningly rendered in enchanting 2D animation by Flickerpix, Five Fables will be screened at Picturehouse at FACT as part of the family-friendly programme. The Festival, in association with Indie Cork Film Festival, will present some of the best new independent Irish film and animation shorts also to be screened by Picturehouse at FACT.

Over at Wavertree’s Mystery Park, a more vigorous aspect of Irish culture will be on show. The champions of the first ever the Roswick Liverpool Irish Festival GAA Cup will be unveiled after a blitz tournament featuring the region’s men’s and women’s Gaelic Football teams in a two-day competition. There will also be a hurling match between Liverpool’s Wolfe Tones and Manchester’s Fullen Gaels.

On Halloween the Festival presents Samhain, a theatrical night of occult electronic exploration with sets from Shit Robot, Boxcutter and SertOne along with costumes and performance by Threen Moons Creative. In another night of cutting edge music at Static Gallery Jinx Lennon and explosive drumming virtuoso Rarely Seen Above Ground (R.S.A.G) bring their gripping performances to audiences.

In another new venture, the Festival joins with Liverpool Community College to bring a taste of Ireland. A fine dining experience will sample traditional and modern dishes from the north, south, east and west of Ireland with students learning about shared food culture in the process. During the Festival a distiller will also be offering a taste and insight into some of the best Irish whiskey.

Folk music is always at the heart of the Liverpool Irish Festival and this year is no different. Moxie – an exciting band of five young Irish musicians who fuse traditional music with contemporary rock – play on the opening night. The hauntingly beautiful The Gloaming close the Festival in a grand finale. In between, hear the award-winning We Banjo 3 with their extraordinary spin on Irish and old-time bluegrass music and song. This years Festival also celebrates cutting edge Irish electronic music for the first time talent with an exciting new event at Sefton Park Palm House.

The spirit of Irish traditional music is alive and well in Liverpool’s pubs throughout Liverpool Irish Festival. Throughout the Festival traditional and contemporary local and Irish musicians take over the city’s drinking holes. The ‘Bog Standards’ feature their regular raucous stomp at the Caledonia, while Pogue Mahone’s host an all day music and food special on Saturday 1st November. The Edinburgh and Peter Kavanagh’s have long been two of the Festival’s spiritual homes and sessions will continue there.

At the Bluecoat, Liverpool Irish Festival, in collaboration with Inprint (Liverpool), OFFSET events (Dublin) and The Small Print (Dublin) present an exhibition, print fair, live print workshops, family activities and talks, showcasing the best Irish and Liverpool creative talent working today. This is a chance to meet young Irish and Liverpool creatives and buy a unique piece of artwork. OFFSET events have been creating, curating and producing a mix of memorable self-initiated and collaborative projects and events for almost 10 years, for brands and organisations including Electric Picnic, Habitat Ireland, Sony, PSP, Heineken, Absolut, Jameson, Veer, Tiger Beer, and London’s Design Museum. Inprint is a design, illustration print fair and exhibition involving creative workshops held in venues across the North West. The fairs promote emerging talent and local creatives in the area through a shared experience.

Explore the power and culture of the written word through a series of talks and readings. Poetry Café presents the multi-award winning contemporary Irish poet Paul Durcan, and lectures celebrate the centenary of James Joyce’s ‘Dubliners’ and the work of Seán O’Faoláin. The Festival also hosts the UK book launch of Dubliners 100, a collection of exciting new versions of the original stories by contemporary Irish writers with readings by the Irish ambassador Dan Mulhall. Events held by The Reader Organisation and Writing on the Wall also celebrate the sublime talent in Irish literature.

Interspersing the Festival will also be theatre performances at the Lantern Theatre, a jam-packed family day at the Museum of Liverpool and the traditional closing night ceilidh.

The full programme of events is available at www.liverpoolirishfestival.com.