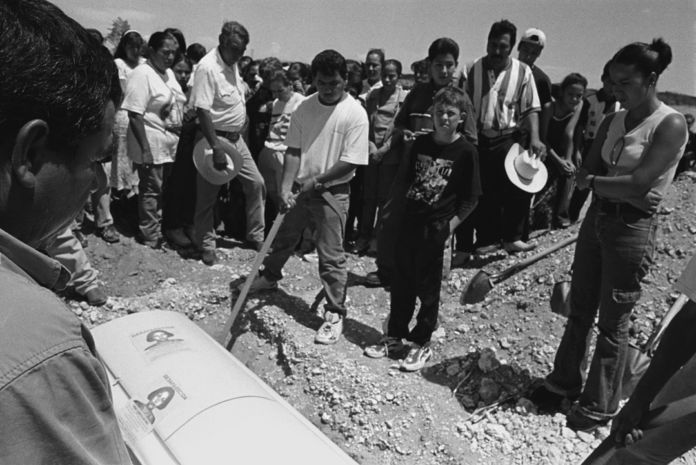 An exhibition that highlights the disappearance and murder of women and girls in a town on the Mexican-US border will open at the Victoria Gallery & Museum (VG&M).

`Remember Them’ features work by a group of international artists that brings attention to the huge amount of mainly female disappearances and murders committed in Ciudad Juárez in Northern Mexico, a city described as one of the most violent in the world.

Matthew Clough, Director of the VG&M, said: “The scale and impact of this issue will sadly be unknown to many people. This exhibition offers support to victims’ families who campaign for justice in Mexico. We have been privileged to work with a group of artists who are addressing a horrifying reality and aiming to bring about change through their art”.

Julián Cardona is a photographer and journalist living and working in Ciudad Juárez. The exhibition includes a selection of his images that show families of the victims searching for bodies in the desert, arguing with authorities and burying their dead.

Working with the families of victims, Brian Maguire has created a series of portraits of young women who have disappeared or who are known to have been murdered.

Norwegian artist, Lise Bjørne Linnert, presents `Desconocida Unknown Ukjent’, an international participatory art project featuring a wall of nametags.  The tags have the names of the women who have been murdered or gone missing in Ciudad Juárez since 1993 or a simple `unknown’ sewn onto them.  Some of those on display have been made in the VG&M in the last two months.

Teresa Margolles (Mexico) shows, for the first time in the United Kingdom, her film work Irrigación. Margolles, a leading contemporary Mexican artist, won the Artes Mundi prize earlier this year. Much of her work explores the crime and violence in her home country.

The annual E Allison Peers Symposium, hosted by the department of Cultures, Languages and Area Studies, will be held to mark the opening of the exhibition.  The annual symposium named after Edgar Allison Peers, Gilmour Chair of Spanish at Liverpool for thirty years from 1922, will feature presentations by academics and some of the exhibiting artists.

`Remember Me’ opens to the public on Friday, 27 September 2013 and runs until Saturday, 1 February 2014.  Further information about the exhibition can be found athttp://vgm.liverpool.ac.uk/rememberthem/

The Art of Reggae Exhibition returns to Liverpool, with a launch...

Live06 – Plan B Needs Your Answers