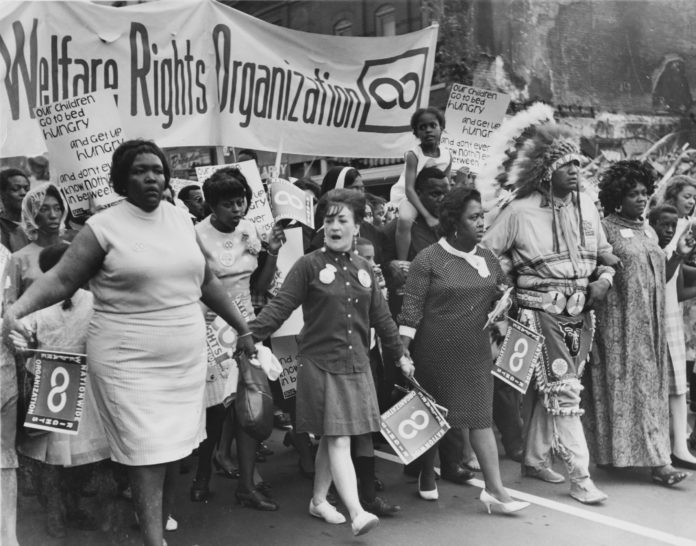 The International Slavery Museum has announced its new exhibition ‘Journey to Justice’, which will open on 5 October 2018, exploring how people, both in the UK and internationally, have sought to challenge inequality and campaign for cultural and political transformation.

The exhibition reveals the inspiring and moving personal stories of some of the less well-known women, men and children involved in US and UK struggles for freedom through history.

It shows how ‘people like us’ can become extraordinary in the quest for social justice today, and how to become campaigners ourselves, focusing on Liverpool’s community and the city’s DIY, roots up culture of self-activism.

The exhibition is delivered by National Museums Liverpool in partnership with Journey to Justice.

Highlights in this exhibition which features music, audio and photography include a display of 27 vibrant zines from Over Here Zine Fest, a not-for profit event focusing on the work of Black, Asian and BAME zine makers, artists, writers and activists.

A set of snapchat filters inspired by, and designed to celebrate, Dr Martin Luther King Jr are also available to complement the exhibition. When the snapchat codes are scanned, two filters will be unlocked which visitors can use to show and share what they would protest about today with #IHaveADreamISM #JourneyToJustice. The filters have been designed by Kirsty Buckley, a Liverpool John Moores University graduate in Graphic Design and Illustration. Max Palmer, a current student in the department, has also contributed a separate piece of work.

Jean-Francois Manicom, Curator, International Slavery Museum, said: “It’s a privilege to be working with campaigners like Janice Wesley and Marcia Heinemann Saunders. They blazed a trail but would likely call themselves ordinary. We hope to inspire the visitors through their stories and the practical information in this exhibition. This isn’t about giving people all the answers – it’s giving people the inspiration and the knowledge. Know your cause, find your campaign, and explore your options and your way of doing things. Then get out and mobilise.”

Carrie Supple, Director, Journey to Justice, said: “We are honoured to be part of the International Slavery Museum for the next six months and have a chance to connect with Merseyside’s mighty social justice history. Our travelling exhibition is designed to be a catalyst by telling some unforgettable stories of how ‘people like us’ choose to make change happen. The way the International Slavery Museum and its partners have linked universal themes of the US civil rights movement to current urgent issues is inspiring”.

The contemporary activist movement is explored through the works and voices of activists and artists in Liverpool, who continue to challenge injustice.

Highlights include an array of exciting and inspiring ‘zines’ (self-published magazines), commissioned by the International Slavery Museum including ‘Seeds of Change’ which highlights women activists in Liverpool, in the year of #Vote100, celebrating 100 years of suffrage. ‘Seeds of Change’ was created by Lois South, a Young Ambassador for the International Slavery Museum who is studying history at Liverpool John Moores University, in collaboration with artist Seleena Daye.

Also featured are artworks and oral histories generated by the Sankofa Project which explores the experience of the Black community in Liverpool.

Jean-Francois Manicom said: “Activism has a powerful and unifying ripple effect which means the impact of figures such as Dr Martin Luther King Jr. are still evident today, in this Museum, in this city and well beyond. We’ll be showing the works of local artists and activists. The exhibition celebrates the city’s vibrant engagement with social and political issues. We’re seeing a move towards self-activism and DIY, roots up culture here.”

By exploring the US civil rights movement, the exhibition shows how people in the UK and the rest of the world were inspired to fight for their rights and make significant social and political change.

The birth of the civil rights movement in the United States is highlighted as a momentous historical moment that encouraged people around the world to fight for their rights. The story of Ruby Bridges, the first black schoolgirl to desegregate an all-white school in New Orleans in 1960, reveals the power of the individual to make a difference. The revolutionary March on Washington of 1963 signalled the unstoppable power of activists in the fight against racism.

Marcia Heinemann Saunders In 1964 Marcia joined a group of volunteers from Cornell University to support the voter registration drive in Fayette County, TN. Although legally allowed to vote, African Americans in the South were often prevented from registering to vote by barriers designed to prevent and intimidate them. Marcia lived with a Black family and spent the Summer working on voter registration as part of local people’s wider campaign for racial equality.

Janice Wesley Janice was one of the young people who joined the 1963 Children’s Crusade in Birmingham AL. Inspired by the church and her mother; she joined thousands of her peers on a non-violent march for equality and faced police dogs and firehoses. They were all jailed. Janice talks today about her involvement in the civil rights movement and is proud of being part of a campaign for human rights.

Jean Stallings Jean was a young mother in the 1960s, struggling economically and isolated. She joined the National Welfare Rights Organisation where she found support, a voice and a lifelong sense of self respect. Linked to the Poor People’s Campaign created by Martin Luther King and the Southern Christian Leadership Conference she now campaigns against poverty, and has spoken at the United Nations.

Jean-Francois Manicom continued: “There has been a really big change in the second half of the century. People are not only fighting for themselves and their own rights, but now they are fighting for the rights of others. Activism is bringing people together and changing lives.”

The International Slavery Museum, part of National Museums Liverpool, highlights the international importance of enslavement and slavery, both in a historic and modern context. Working in partnership with other organisations with a focus on freedom and enslavement, the Museum also provides opportunities for greater awareness and understanding of the legacies of slavery today.

Journey to Justice is a volunteer led human rights education charity with supporters all over the UK. It aims to galvanise people to take action for social justice through learning about human rights movements and the arts. www.journeytojustice.org.uk

The exhibition is on until 7 April 2019. Entry is free. The International Slavery Museum is open 10am-5pm daily.  www.liverpoolmuseums.org.uk/journeytojustice