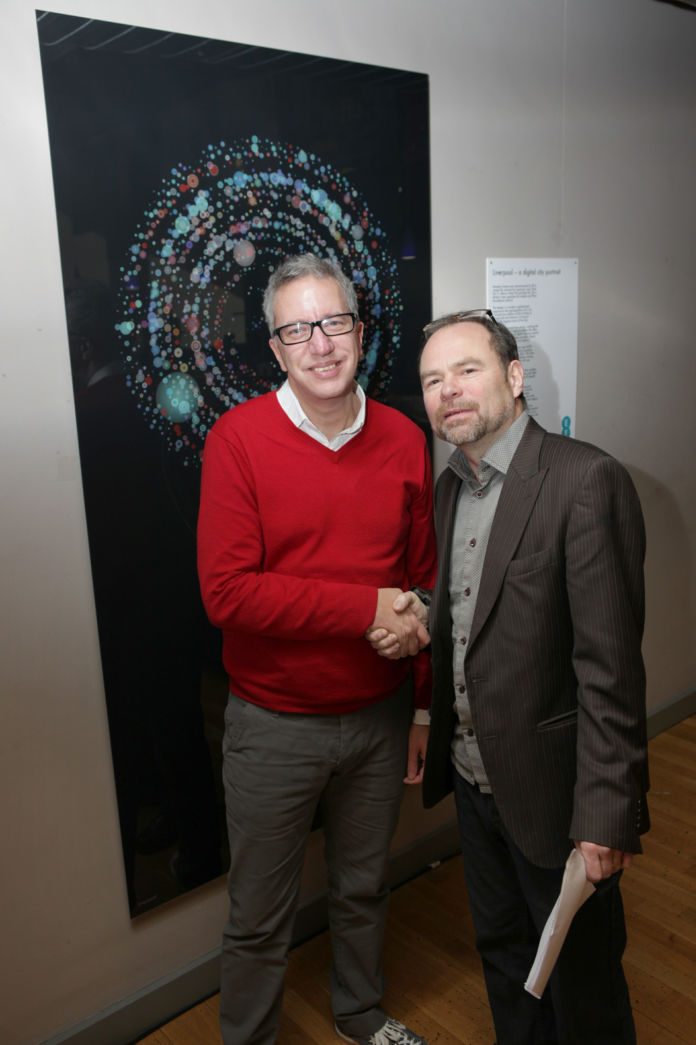 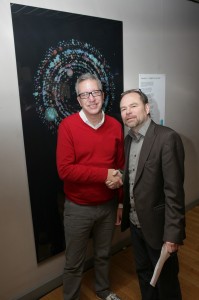 From Strictly to Skyfall and the Merseyside derby to the weather, the hot topics that get Liverpool talking online have been captured for the first time ever in a unique digital portrait of the city created by world renowned digital artist, Brendan Dawes. Commissioned by EE to mark the of arrival 4G in the UK, Dawes worked closely with a data analysis team at University College London (UCL),
capturing the social media conversations and topics trending acrossthe region over the three day period from 29th – 31st October.

The result is a fascinating digital snapshot of life in Liverpool in 2012. Dawes and UCL worked within the categories of sport, politics,film, music, TV, educational, culture and weather – aiming to dig deeper into the topics that affect how people communicate in the city and what they talk about when they go online. Each chosen topic and the hundreds of thousands of digital conversations associated with them are represented by a specific colour coded keyword. From the keywords at the bottom of the artwork a series of lines flare out to form a myriad of coloured interlinked circles. The thickness of the lines and the size and brightness of the circles respresent the popularity of each topic and the frequency at which people were speaking about them.

Dawes said, “People know the Scouse accent as soon as they hear it. Now, for the first time, we’ve discovered what it actually looks like.”

Steven Day, Chief of Brands and Communications, EE commented: “Superfast 4G is here for the first  time in Liverpool and we wanted
to mark in a visual way that everyone in the region can relate to and enjoy. 4G will change the way people use the internet, enhancing the way they communicate. This digital snapshot marks that step change.” Liverpool is a city obsessed with the weather according to the artwork, with the giant aqua circles showing just how much people like
to discuss it. However, the city’s other great passion – football – also dominated the design, especially as the local derby between Liverpool and Everton had taken place the day before the period of measurement began.

Discussion about Steven Gerrard and his comments post the game and the controversial disallowed goal by Luis Suarez raged on for the full three days, shown by the numerous red circles. Brendan Dawes concluded: “It is the people and the activities within it – work, play and the connections within that define a city. This design is a modern sophisticated response to the representation of a city – formed from millions of bits of data as people talk and interact about the biggest events of the day. The shape, derived from nature, evoking the organic nature of a network softens the often harsh representation of digital, leaving instead an impression of a modern dynamic system, that we call cities, in the 21st century.”
The key areas that the research focused on during the research period were :
•       New York
•       X Factor
•       Skyfall
•       Pride of Britain Awards
•       4G
•       Money
•       MPs
•       Strictly Come Dancing
•       Happiness
•       Weather

The British Music Experience Museum set to move to Liverpool