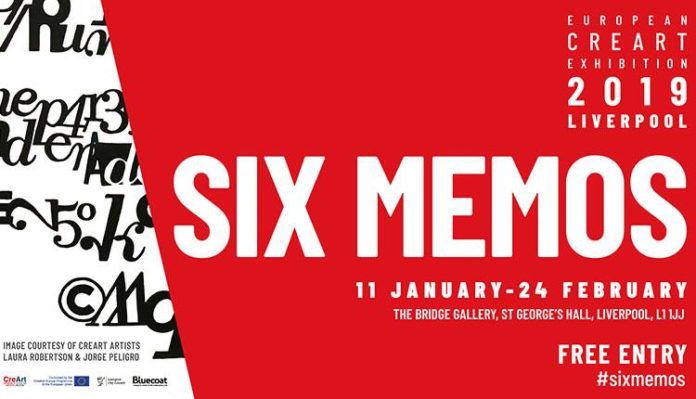 A critically acclaimed free exhibition showcasing the work of leading lights in the contemporary art world is to be hosted in Liverpool.

‘Six Memos’ which celebrates the work of late Italian novelist Italo Calvino will be on display in The Bridge Gallery in St George’s Hall from Friday 11 January to Sunday 24 February.

It will exhibit the work of 20 established and up-and-coming artists who use photography, video, drawing, painting, sculpture and text to respond to work by Calvino. The artists use landscape, nature, the human condition, identity and memory as inspiration for their work.

The touring display has already been to Poland and Spain, and Liverpool will be the UK host, with two local artists being selected to include their work in the exhibit.

Deputy Mayor and Cabinet Member for culture, tourism and events, Councillor Wendy Simon, said: “It’s a real coup to have some of the very best of European contemporary art on display in St George’s Hall, and I’m particularly proud that two Liverpool artists will have their work on display.

“The Bridge Gallery is a wonderful location for this exhibit – the surroundings and atmosphere will give an added element to Six Memos, and I hope as many people as possible take the opportunity to see this free, thought-provoking work.”

Six Memos has been produced by respected European curator Branka Benčić in association with CreART. CreART is a European network of public and private institutions committed to developing the cultural, social and economic offer of cities.

For more information about Six Memos visit www.cultureliverpool.co.uk/sixmemos/, or for more detail about CreART visit: www.creart2-eu.org

Exhibition heads to city’s Metquarter from V&A as part of Brazilica...

Urban Outfitters – Every Mark Meant Something I Forgot

Framed – an artist at work