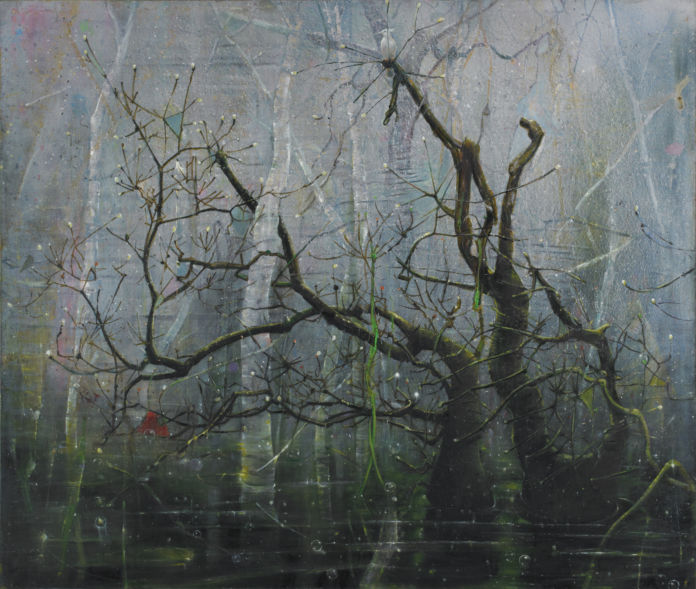 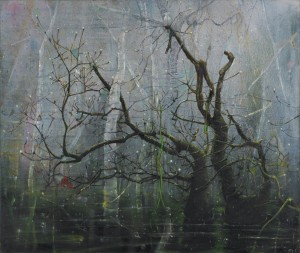 A large ethereal landscape by Elizabeth Magill is winner of the John Moores Painting Prize Visitors’ Choice 2012, sponsored by Rathbones.

More than 5,000 people voted for their favourite of the 62 works, since the exhibition opened in September, but it was Sighting by Elizabeth Magill which captured the heart of most visitors and won the £2,012 prize.

Attracted to its mystery, beauty and eerie atmosphere, the large and imposing painting was a popular choice with visitors.

As one visitor described it: “It has tremendous atmosphere and movement. It is mysterious, yet tangible. Colours are great. Bubbles are beautiful.”

Many were drawn to the work’s ambiguity, with one visitor commenting: “It evokes nostalgia and a feeling of being lost somewhere safe.”Another reminisced: “I love the fantasy in this painting; it takes me back to my childhood in Ireland.”

Once again the Visitors’ Choice is a different work to that chosen by the official judges, who this year awarded Sarah Pickstone the £25,000 first prize for Stevie Smith and the Willow.

Part of the Liverpool Biennial, the John Moores Painting Prize runs until 6 January.

Rathbone Brothers Plc has over 700 staff at 11 locations and is a leading, independent provider of investment services for private investors, charities and trustees. As at 30 September 2012 Rathbones had £17.35 billion of funds under management.

The Dream sculpture to be illuminated