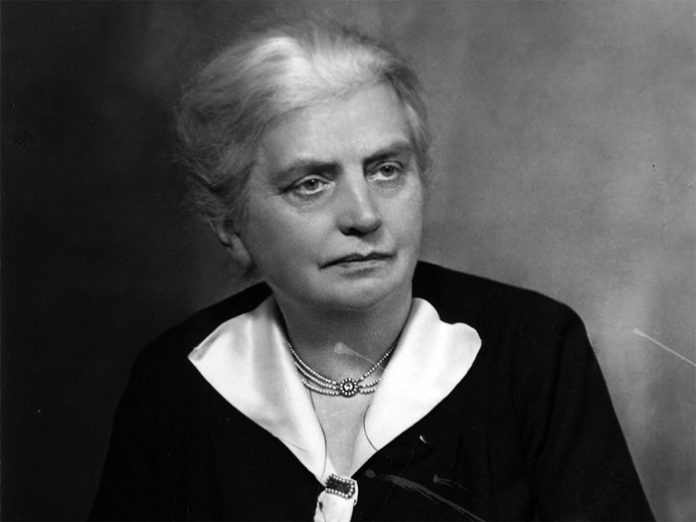 ARTWORK commemorating Eleanor Rathbone, one of Liverpool’s greatest political figures, is set to be unveiled.

The work by renowned artist Lulu Quinn is located in the walled garden of Greenbank Park, formerly the estate of the Rathbone family, and is a significant contribution to the national “Remembering Eleanor Rathbone” campaign marking the 70th anniversary of her death.

It will be officially unveiled on Friday 9 December at 12 noon in a ceremony attended by Lulu Quinn, Councillor Ann O’Byrne, the Deputy Mayor of Liverpool,  Louise Ellman MP, Lesley Urbach, from the national Remembering Eleanor Rathbone campaign, Lynn Collins, the Secretary of North West TUC, local councillors and community representatives.

Lulu Quinn has extensive experience of working on innovative public artworks throughout the country. Her work at Greenbank Park features three quotations taken from Eleanor’s writings about women’s suffrage, the family allowance bill and her campaigns for the rights of refugees. The work has been created out of Corten steel sheets. Corten is used in shipbuilding -a reference to Eleanor’s family business .It is a material that will slowly age and deepen in colour gaining an attractive coppery patina.

She said: “I wanted to use Eleanor Rathbone’s words to animate the garden. In the current political climate her words are the voice of reason and rationality. They will not date and are part of an on-going dialogue for generations.”

Greenbank Councillor Laura Robertson-Collins said: “Eleanor Rathbone was a towering and inspirational figure and we wanted to make sure her words lived on.

“Lulu Quinn has produced a very fitting tribute to her which will adorn an area associated with Eleanor’s family.

“In this anniversary year, and at a time when there has been a great deal of focus on many of the issues she campaigned about, we are very pleased that Eleanor will be honoured in this way.”

Eleanor Florence Rathbone (1872 – 1946) was one of the 20th century’s greatest humanitarian activists, who throughout her working life sought to improve the lives of the underrepresented in society, regardless of race, religion or gender.

As a fearless and determined feminist, suffragist, pioneering social and welfare reformer and Independent MP from 1929, she followed her conscience and the family motto, ‘what ought to be done can be done’.

Most notably, her 25 year campaign for a universal benefit to be paid to mothers succeeded with the passing of the Family Allowance Act in 1945. Less well known is her relentless campaigning on behalf of refugees in and from Fascist and Nazi occupied Europe, before and during the Second World War, which earned her the soubriquet, especially amongst the Jewish refugee community, ‘MP for refugees’.

She grew up in Greenbank House, now part of the Liverpool University estate, into a family with a tradition of political and social campaigning in the city.   Her father and grandfather were Liberal MPs in the city.

Eleanor attended Oxford University but, as a woman, was not allowed to graduate. She was the first woman to be elected to the city council and represented Granby from 1909 to 1934. In 1929 she was elected as an independent MP for the Combined Universities seat, a position she held until her death.