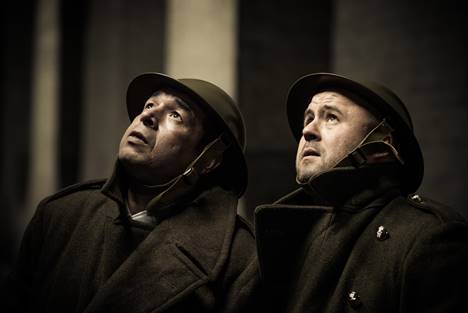 St George’s Hall is set to present a week-long series of tours giving visitors a powerful and emotional flashback experience of The Great War.

From Monday 10 to Sunday 16 March, local historian Frank Carlyle will guide visitors through the depths of the Hall telling Liverpool stories of the First World War. From the triumphant passionate start to the realities of war, blasting away romantic notions as the horrors of modern conflict came to the forefront.  The historical talks will be interlinked with promenade performance by some of Liverpool’s best-loved actors.

Sound effects, special lighting, projections and poetry along with 6 actors and special guests in period costume will create a unique interactive experience throughout the Hall, taking in the court room, basement galleries and catacombs of St George’s Hall.  Echoes of the First World War is part of the Hall’s own programme of events which take place throughout this centenary anniversary year of the start of the Great War in 1914.

Liverpool historian Frank Carlyle announced, “Being a historian and a specialist of WW1, I’ve been asked to present a different slant about Merseyside soldiers and the impact the War had upon them. Besides narration, I will cover some of the famous WW1 soldier poets and their poetry. The event will have local actors who will depict the tragic scenes in costumes and special effects will provide the audience with a dramatic and realistic insight. There’s no better venue than St. George’s Hall to have this spectacular event commemorating WW1, especially with the Cenotaph being on the Plateau.”

As well as Frank, the tours are put together in partnership with Liverpool actor Jake Abraham and the team at St George’s Hall.

Promenade performance will explore the lives of some of the soldiers and heroic winners of the Victoria Cross – William Ratcliffe, John Davies and Noel Chavasse and how these men, under extreme adverse war conditions, won the highest military honour bestowed upon them. It will also look at how in the trenches soldiers had to endure rats, lice, cockroaches, trench foot as well as enduring the elements.

The tour will end with Rudyard Kipling’s two line Poem ‘Common Form’ with the sounding of the Last Post.

Purchase in person at TicketQuarter, Queen Square, Liverpool, online atwww.ticketquarter.co.uk or on 0844 800 0410.

Tickets are on sale from Thu 30th January at 10am.