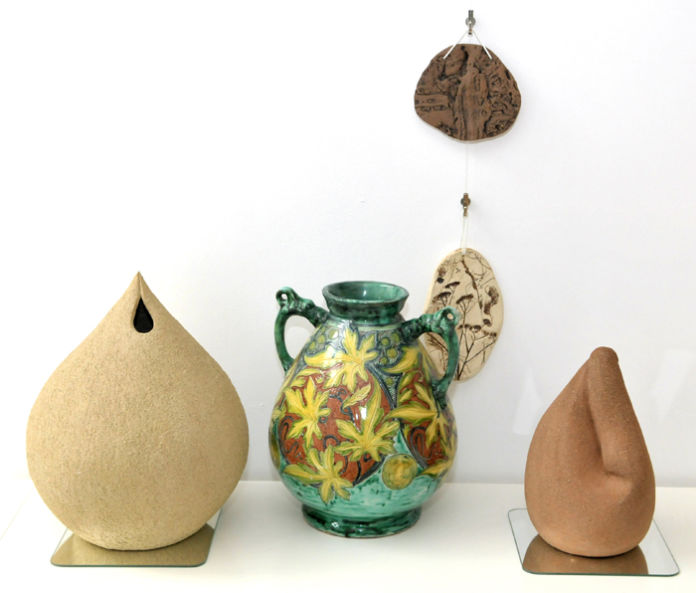 Wirral in Springtime is an open art exhibition that has seen local artists blossom from their artistic yearnings at home to the walls of the most up and coming art space in Wirral. Along with this abundance of creative talent is a very special guest on the 10 May. Examples of the highly collectable Della Robbia pottery, founded by Harold Rathbone in 1894, will return to where they were originally produced. With their distinctive bright coloured glazes the pieces now fetch hundreds of pounds in auctions but its likely much of the collection remains in Wirral, maybe undiscovered in attics.   Historian and renound authority on Della Robbia Peter Hyland is soon to publish the definitive history of the pottery and will bring samples of his prized collection to the Rathbone Studio Gallery that stands on the site of the workshop of the original pottery in Argyle Street.

Peter will be hosting an open day studio on Friday 10 May 15.00 – 17.00, and will answer quires regarding any Della Robbia pieces that the public are lucky to own.

Janet Holmes, gallery owner and sculptor said “I am always a little emotional and its quite eerie seeing the pottery in the very spot they were created. Peter held a Della Robbia day last year and even though the weather was appalling, the day was a huge success. We are hopeful that we will have even more visitors and anyone who wished to bring their own piece of Della Robbia will be treated to the story behind it and even what it is worth today.” 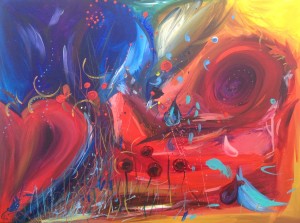 Another special guest event to be held at the Rathbone Studio on Wednesday 15 May 2pm – 4pm will feature two very different artists who are poles apart in style and influences.

Creating their own artwork in the Studio. Leanne Hughes, who is inspired by words is asking visitors to give her words that she will then use to create her artwork. Leanne has painted many piece using this method but up to now only with words posted on her facebook page. Tom Allport, artist and poet, works completely from the ideas in his head, many times he has no idea what the final piece will be, will also paint a picture for all to see.