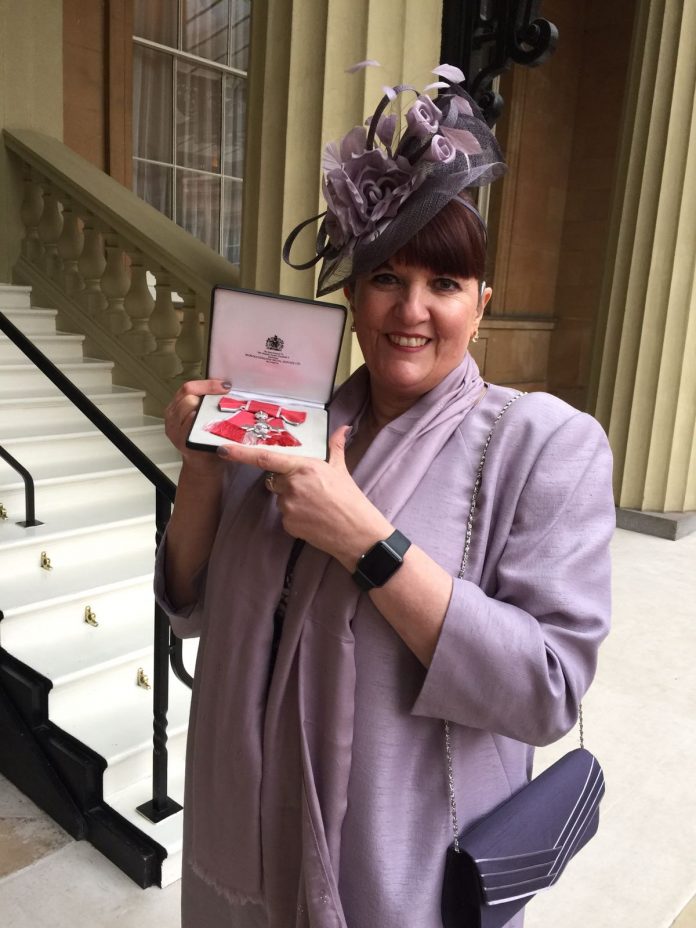 DaDaFest is excited to announce that its Artistic Director, Ruth Gould, will be receiving an MBE on Friday 10 February 2017. Ruth was included in the Queen’s 2016 official birthday honours list, which was released on 11 June 2016.

Ruth was made a Member of the British Empire (MBE) for her prominent career working within disability and Deaf arts. Her work has taken her across the world to promote a vision of improving global recognition and challenging inequality through the arts by providing a platform for performers, artists, writers and many more through the Liverpool based biennial festival, DaDaFest International.

Most recently, Ruth has visited Palestine to be part of the opening of an all new disability arts exhibition by the British Council that aimed to promote the work of Palestinian artists and link them with those from elsewhere in the world. She also took part in a workshop with acclaimed artist, Rachel Gadsden.

Ruth’s title of MBE will be added to her already impressive collection. She is a Fellow of the Royal Society of Arts, a Winston Churchill Memorial Trust Travel Fellow, Deputy Lieutenant for Merseyside and also a Lay Canon at Liverpool Cathedral.

Alongside her work at DaDaFest, Ruth also serves on the board of Michigan based arts company “Dis Art”, she is an advisory member of the Granada Foundation and is part of the Liverpool city council’s Tourism and Culture Select Committee.

Ruth is a born Scouser and as a Deaf person, found that career choices were limited. She trained in the world of dance and arts and even studied at the School of Creative Arts in Sydney. She spent several years working in New Zealand and America before returning to the UK where she became heavily involved in the disability and Deaf arts community. In 2001, she became the Chief Executive Officer for the North West Disability Arts Forum, where she put the steps in motion to create a local month long festival showcasing a wide range of artists and performers – called DaDaFest.

Originally an annual event, which has now grown into a major international biennial festival, DaDaFest devotes time to showcasing and commissioning new arts, making the festival an award winning celebration that brings diverse, radical and exciting art forms to Liverpool. The most recent took place in Winter 2016 and exhibited over 30 astounding and downright outrageous events at prestigious venues across Liverpool city centre.

Ruth has worked tirelessly over the past fifteen years and has created a movement in connecting disabled and Deaf artists across the world. Ruth is regularly invited to speak on the subject and ignite her passion into others and in the past few years has visited; Palestine, Toronto, Pittsburgh, Brazil, New Delhi, Kinshasa, Raleigh and other places.

“I am so honoured to be acknowledged with an MBE, for doing the work I value and feel immensely proud and passionate about.  It has been a pleasure to develop links from our base in Liverpool and I thank all of those people who have been part of the disability & deaf arts story.  I especially want to honour the many artists and activists who are no longer with us, to remember their work and the impact they had to change lives through the lived experience of disability. Without them I would not be receiving this award, and I thank them for enriching, encouraging and presenting their work and beauty.”

Renegade Cinema – a call to arms! 16th April at FACT

Liverpool is England’s Most Musical City