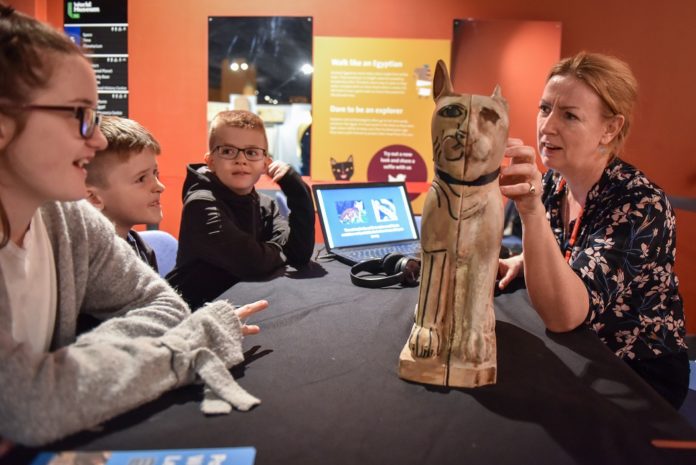 Thousands of visitors from across the UK and beyond experienced the five-week DaDaFest International which took place at host venues across the Liverpool City Region.

The festival plays a vital role in challenging disability stereotypes through art and culture through a series of high quality, cutting edge art works which celebrate disability and D/deaf cultures.

This year’s theme was Passing: What’s your legacy? and artists were invited to explore the concepts of ageing, death and disability (passing time), and the changing nature of all our journeys and the legacies we leave (passing on).

The festival included music, dance, comedy and theatre, with the programme featuring more than 50 exhibitions, performances, talks, and workshops from well-known mainstream audience artists, as well as showcasing new talent.

Organisers were delighted to work with host venues and partner organisations across Liverpool and the wider city region.

Jess Thom, performed at the Bluecoat with Not I by Samuel Beckett, the story of a woman’s life told at top speed by a disembodied character, ‘Mouth’. Jess said, “I love Liverpool and I love DaDaFest, having one of the most innovative, disability-led arts festivals in the world here in the UK is brilliant, and it couldn’t be in a better city”.

Martin O’Brien presented the world premiere of his video installation Until The Last Breath is Breathed. Martin has a life limiting condition and grew up thinking he would die at 30. The video installation documents 30 actions to camera performed on the hour, every hour, for 30 hours in an old abandoned morgue. It was filmed in 2017 during the 30 hours leading up to his 30th birthday.

DaDaFest Executive Director Richard Nutter commented: “This year’s festival programme showcased a strong, diverse programme of incredible works ranging from heart-warming to thought provoking pieces – and we applaud every performer and artist who participated to help make the festival a huge success.

“DaDaFest continues to challenge stereotypes through arts and culture. It is incredibly encouraging that we were able to spread the DaDaFest message to venues across Liverpool City Region so that more People could experience the festival for themselves.”

There is one final DaDaFest project which runs until January 2019. Together with Action Transport and Unity Theatre, DaDaFest presents a Christmas show collaboration – the bold retelling of the classic family taleBeauty and the Beast!

The production highlights that beauty is in the eye of the beholder and that everyone’s attitude can, at times, be beastly! Beauty and the Beast can be seen at Unity Theatre until Saturday 5 January 2019.