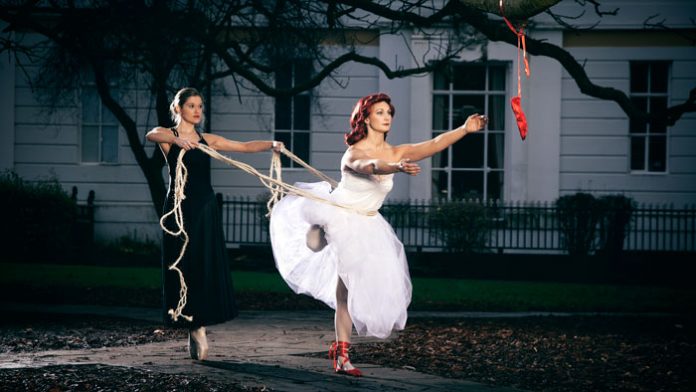 DaDaFest is delighted to announce the full programme of events for its thirteenth festival, “Skin:Deep”, taking place from 17 November to 3 December 2016. This year’s festival will present an array of outrageous, diverse and radical disability and Deaf arts that will challenge public perceptions of disability, ignite debate and celebrate disability culture.

Highlights include; a performance from the Grammy-nominated “Afro-funk” duo from Mali, Amadou and Mariam; “The Viewing” – a groundbreaking 24 hour durational performance piece viewable throughout the night; the hit new show from Liz Carr “Assisted Suicide: The Musical” and “Burlesque from Biscuitland” – a surreal cabaret show hosted by Jess Thom (aka TourettesHero) where anything can and will happen!

DaDaFest will also host its second international Congress, reinvigorating the discussions and debates on Disability Culture and Human Rights which began at the inaugural event in 2014. The full programme includes a spectacular selection of theatre, performance art, dance, comedy, music, workshops, trails and more providing outstanding entertainment for everyone to enjoy.

The festival theme “Skin:Deep” was developed to explore how disability is viewed in today’s society. It is an issue that affects everyone but many people are still stigmatised and marginalised as a result of being disabled or d/Deaf. Skin:Deep aims to instigate change within our culture and explore and debate the notions that can hold society back.

DaDaFest International is one of the most impactful festivals of its kind in the world and this year’s programme continues the organisation’s ethos of promoting both artists and organisations close to its home in Liverpool as well as developing new international connections.

DaDaFest has built excellent relationships with leading cultural venues over the years, which has led to the festival delivering events in St Helens and Halton for the first time as part of the main programme in 2016. DaDaFest is also pleased to be working with new venues in Liverpool city centre.

Ruth Gould MBE, Artistic Director at DaDaFest said: “We are justly proud of this year’s programme, in terms of its quality, scope and intended impact. It demonstrates that disabled and deaf people deliver cutting edge and beguiling arts experiences that have a resonance throughout society. We aim to surprise and allure our audiences and feel confident that the mix of events, the diversity of the artist’s and their work will make this year one to be remembered.”

Liz Carr, Actor, Comedian & Presenter said: “DaDaFest provided me with the opportunity to develop and perform and just to get out there and to get better at what I do. I’m always honoured to be asked back and to see the old timers like myself have the chance to work alongside so many exciting newcomers. I’ve been involved since the very first festival so it’s thrilling to see its development into what is now the biggest and most important disability arts event in the UK.”

“I’m proud to be from a city that can give rise to something like DaDaFest. There’s something about Liverpool that makes it such a fertile space for the arts – it’s the reason we were awarded Capital of Culture back in 2008. Maybe it’s the sense that it doesn’t matter who you are or what circles you move in – all that matters is your passion and what you create.

“It’s a simple thing, but there’s something magical about that. Not letting the artist get in the way of how people view their art allows the art to speak for itself, and opens the door for people to be moved, shocked, uplifted, and all the other brilliant things art can do.

“I think this is what makes DaDaFest such a success. It’s about providing a platform for artists who are marginalised and often not given the recognition or opportunities they deserve, but who are just as qualified as anyone to create meaningful, moving work that can be enjoyed by absolutely everyone. I can’t wait for the festival to begin.”

The full list of events is available to view online here: www.dadafest.co.uk/the-festival alongside the brochure.

DaDaFest is committed to ensuring that all of its events are delivered with high standards of accessibility and will not turn a visitor away due to their access requirements. Details of access provision for each event are available on the website and visitors are encouraged to contact the organisation to share what their requirements are. For the first time at DaDaFest, several events will also be livestreamed to allow audiences to engage with the festival if they can’t make it in person.