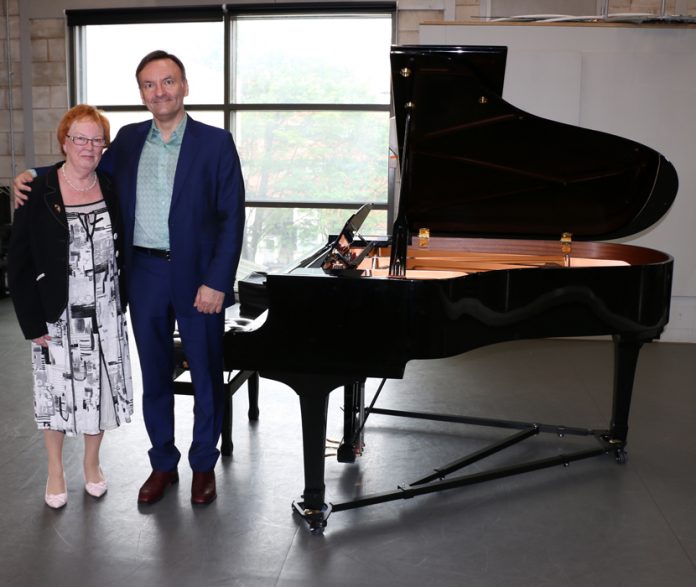 Culture Warrington is delighted to announce that they’ve welcomed on board their first ever patron.

The charity – which delivers arts, heritage, and events across the borough – has appointed international pianist, Stephen Hough CBE, to be an advocate for their charitable work.

The musician, who found his love for the piano in Warrington, grew up on All Saints Drive in Thelwall.

At just the age of five, he pleaded with his parents to buy him his first piano from an antique shop in Stockton Heath – a second-hand rosewood German upright which cost just £5 – after falling in love with the instrument at his aunt’s house, where he would use her piano to play nursery rhythms.

He then started piano lessons with a Miss Riley in Lymm, declaring from the start that he wanted to be a concert pianist.

He studied at Chetham’s School of Music and the Royal Northern College of Music, both in Manchester, before winning the finals of the piano section of the BBC Young Musician of the Year in 1978.

At the age of 21, Stephen won the Naumburg International Piano Competition in New York City, which really launched his international career.

Since then, he’s played recitals all around the world appearing on some major stages including Carnegie Hall, Chicago’s Symphony Hall, London’s Royal Festival Hall, and the Concertgebouw in Amsterdam.

Hough is also an accomplished composer and works from him have been commissioned by Wigmore Hall, the Louvre, Westminster Abbey, and Westminster Cathedral.

“In a certain sense, Warrington has always been a little bit off the map in its cultural and artistic life. I’ve always felt that it underachieved – not because of a lack of talent, but because of a lack of encouragement and a lack of opportunity. And, of course, it’s sandwiched between the giants of Liverpool and Manchester.

“But I think that can be its strength because it can draw from a huge audience from those urban areas as well as from the Cheshire and Lancashire countryside.

“Culture Warrington is working hard to bring life to this underachieving part of the North West with its fantastic potential and open it up to new ideas.

“I would love for people to feel that they didn’t always have to go to Manchester or Liverpool for cultural events but that they could stay closer to home.”

Culture Warrington’s chair, Maureen Banner, met Stephen at the Royal Northern College of Music – where he is a fellow and the International Chair of Piano Studies – to welcome him on board.

She added: “Stephen is an excellent advocate for culture and is really proud of his Warrington roots. That’s why he’s the perfect person to appoint as our first patron.

“We look forward to working with Stephen to further promote the fantastic cultural and arts scene in Warrington.”

In regards to the importance of culture, Stephen is passionate about it becoming part of everyone’s everyday lives.

“It’s not just about entertainment; culture is an important part of the social fabric of every community. I want to see culture come out of people’s living rooms and onto the streets. I want to see it in the restaurants, in the art galleries, at music events – everywhere.

“Culture is especially important to improve opportunities for young people. It can create employment, reduce crime rates, cultivate friendship and good mental health – in a sense you can’t overstate the importance that the arts can have in our society.”

The Revival of Liverpool SOUP