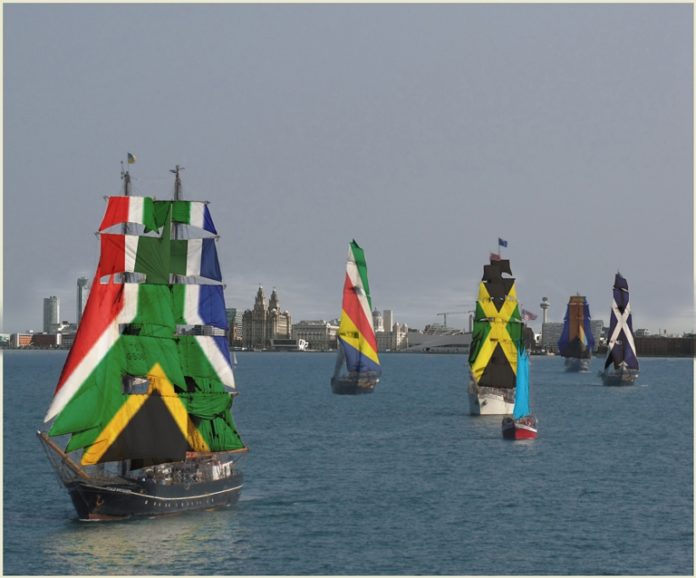 A CULTURAL Armada of 71 boats could sail down the River Mersey if Liverpool is successful in its bid to host the 2022 Commonwealth Games.

Plans are being explored around staging an unforgettable opening ceremony which would see the River become the focal point for welcoming competing nations from across the globe.

Each vessel would represent a Commonwealth country, flying the flag of that nation as is sails into the city.

Liverpool’s Director of Culture, Claire McColgan MBE, said: “The Cultural Armada would be the first thing a global audience would see of Liverpool 2022. And what an image it would be – a river filled with ships, each with the flag of a different nation sailing into one of the world’s most iconic waterfronts at sunset.

“The cultural programme is at the heart of our bid – it will tell the story of Liverpool and the Commonwealth, what binds it together and what makes each nation so unique, and will in turn create a programme of extraordinary moments in unexpected places.”

The opening ceremony itself would take place at Anfield Stadium, giving more than 50,000 people the chance to be part of a key moment in Liverpool, and the Commonwealth’s, history.

The ceremony would be a spectacle of light, pyrotechnics and sound – mixing small intimate moments with experiences on an epic scale.

It is also proposed that each competing nation would have its own ‘Cultural Embassy’ in the city – a building which would be taken over for the duration of the event as hubs dedicated to showcasing art, culture, music and food from each nation. Each night, these buildings will be lit up to create a fortnight long festival of light, the likes of which has never been seen before in the UK.  Artists from each country will design a light-show for the venues which could include the likes of the Philharmonic Hall, The Black-E, St Vincents School or St George’s Hall.

Throughout the duration of the Games, the embassies will become hubs dedicated to showcasing art, culture, music and food from each nation. Each night, they will remain lit up, providing a spectacle for both residents and visitors.

Claire continues: “Liverpool is recognised internationally as a cultural leader, so the scale and ambition of our plans won’t come as a surprise to anyone.

“This is a city which pushes boundaries with major events and culture, and we don’t want to leave anyone with any doubt that by staging the Games in Liverpool, we’ll be positioning Britain as a creative, outward looking and progressive nation.

“And we know Liverpool can deliver – staging events became second nature for this city following our European Capital of Culture tenure and now we know just what amazing, unforgettable experiences can be achieved when this city unites for a common goal.

“This is an exciting time for Liverpool and we hope we’re given the opportunity to tell the compelling Commonwealth story with the humour, passion and integrity the world has come to expect and love from this city.”

Chairman of the Liverpool 2022 bid, Brian Barwick, said: “The team behind the plans for the city’s 2022 cultural programme are the powerhouses who delivered what is widely regarded as the best ever European Capital of Culture year in 2008.

“Combine that with what is easily one of the most photogenic waterfronts in the world and it’s a winning combination.

“This is a team which is used to delivering major events year after year, from the Three Queens to Giants and Sgt Pepper at 50, Liverpool delivers unforgettable experiences, and what we are talking about today is just a taster of what is being proposed.

“With the 2022 Games as inspiration, they have created a bold, exciting and unrivalled vision that would engage and enthral millions of people around the world.”

Liverpool is going head to head with Birmingham to become the UK’s nomination to host the 2022 Commonwealth Games. A decision on the UK’s preferred city is due to be announced next month. 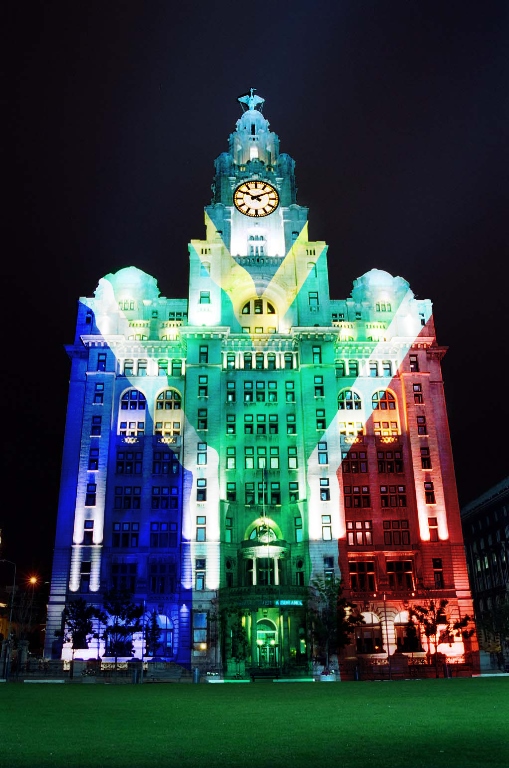 Bid For The Baubles!

A sculpture of cloud for the Mersey skyline – Shortlisted

The House That Dripped Horror