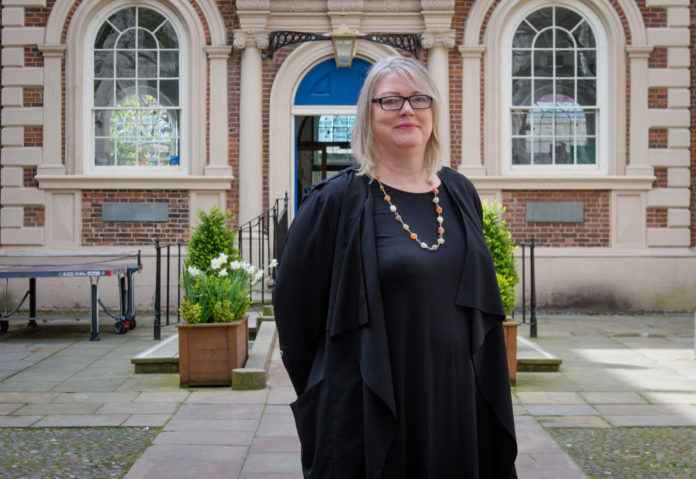 Darren Henley launched the initiative, developed by Bluecoat, Liverpool’s centre for the contemporary arts, in a special event at the arts centre on Friday 8th September for invited guests from Liverpool’s arts and business sectors.

In 2017 Bluecoat is celebrating its 300th anniversary. The oldest building in Liverpool’s World Heritage Site, it is also the UK’s oldest arts centre. As part of this anniversary, the organisation has taken the opportunity to reflect on how the nature of artistic leadership has changed during its lifetime as a centre for the contemporary arts.

Bluecoat established a small think-tank in 2015 to examine the changing nature of artistic leadership and, in early 2016 commissioned a provocation paper from Mark Robinson of Thinking Practice on the subject. Mark has a wealth of experience in the arts having worked in the sector for many years, including as Executive Director of Arts Council England, North East, from 2005-10.

Darren Henley, Chief Executive of Arts Council England, introduced Mark’s paper, Inside, Outside, Beyond: Artistic Leadership for Contradictory Times, to leaders in Liverpool’s arts and business sectors, at the event on Friday 8th September.

The paper will now subsequently be distributed widely to leaders in the cultural sector and key leadership figures in the private sector, who will contribute to the debate around artistic leadership. It will then be discussed in small focus groups taking place in venues across the Midlands and North West between October and December 2017.

A final seminar bringing together outcomes from these discussion groups, and disseminating the key findings to a wider public, will be convened by Bluecoat in February 2018.

Mary Cloake, Chief Executive of Bluecoat, said: “We are delighted that Darren Henley could join us at Bluecoat to launch our new Artistic Leadership Initiative. We are also pleased that the launch took place in the company of leaders from both Liverpool’s arts and business sectors. Bluecoat is both a business and an arts centre and we believe that the arts sector and the business community have much to gain through exchange of ideas and expertise.

“Through this initiative, Bluecoat is committed to articulating the need for support for existing and emerging leaders in the arts outside London. We are looking forward to working with colleagues to identify how such support can be best resourced and formalized. One of our goals is to create new entry points into artistic leadership which will strengthen and extend diversity in the arts in Britain.’

Darren Henley, Chief Executive of the Arts Council, said: “It’s really important that the leadership of cultural organisations reflects the way England looks in the 21st century. We want to make sure that the public money we invest in the arts benefits people across the country from every community and background. To achieve this, we need to ensure not only that the leaders of cultural organisations come from diverse backgrounds, but that they’re equipped with the skills and experiences that will enable them to grow their organisations. The insight from The Bluecoat in this area is a very welcome contribution to the debate.”

The third and final Giant spectacular comes back to Liverpool