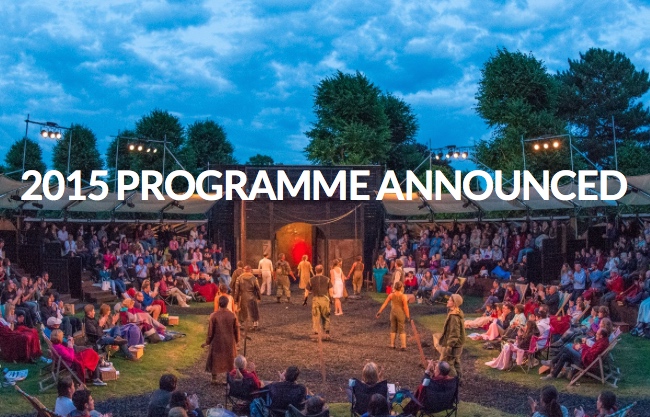 Chester Performs have just announced their yearlong programme of events and festivals for 2015. Featuring an exciting lineup that includes theatre, literature and music, this will follow a successful year for the city-based arts organisation who presented performances including Macbeth and The Comedy of Errors, music from Ensemble Deva, talks by Sir Randolph Fiennes and John Lydon and outdoor screenings including Hitchcok’s Vertigo and Breakfast at Tiffany’s in 2014.

The Chester Performs team will be kicking off the year with Wayword festival from 14-21 February. One of the UK’s newest festivals for young people, Wayword features a host of events and activities from astronomy to beatboxing and will take place in venues including Chester Town Hall and the region’s libraries.

Then, from 31 May – 14 June the MBNA Chester Music Festival will return to the city’s Town Hall for a fortnight of chamber music, programmed by the festivals in-house ensemble, Ensemble Deva and featuring musicians from some of the country’s leading orchestras. Open air cinema season Moonlight Flicks also returns to the charming Roman Garden, between 19 July – 29 August, and the Essar Chester Literature Festival will welcome some of the literary world’s greatest talent to its annual feast of words, between 10 – 25 October.

Finally, and now in its 6th year, Grosvenor Park Open Air Theatre will return to Chester after welcoming 20,000 theatregoers to its last season, which you can find out more about here in our review! Three productions will be staged next year in the al fresco theatre in the round from 3 July – 23 August, with Alex Clifton returning as Artistic Director.

For more information and where to book visit www.chesterperforms.com