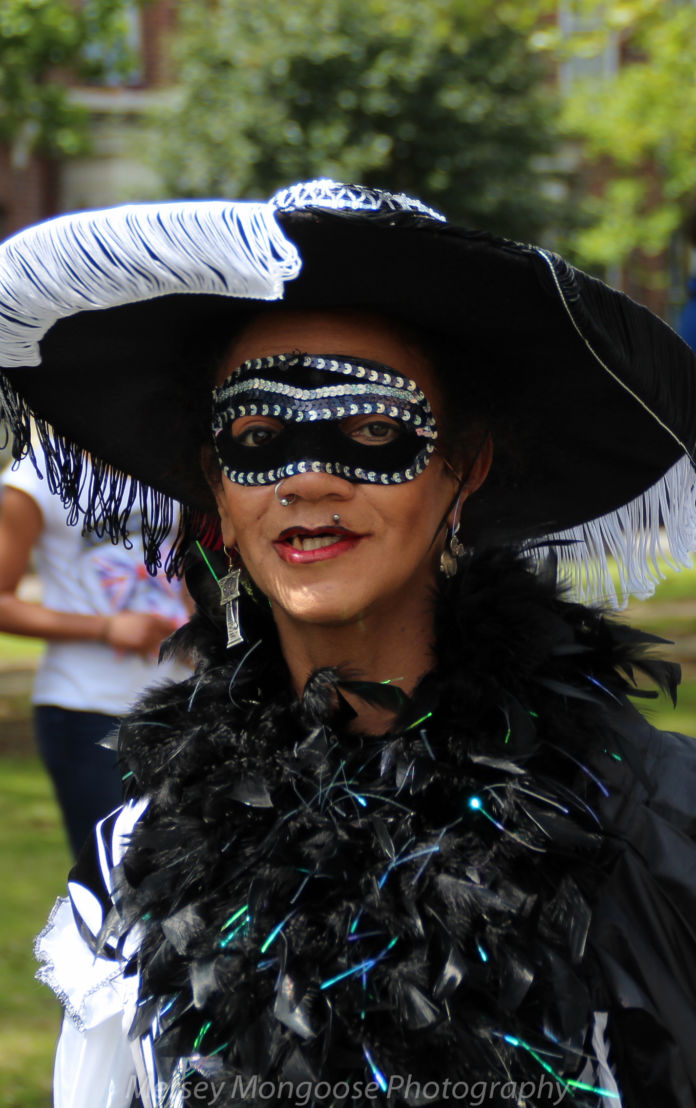 2013 sees the Brouhaha Intl Festival bring a ‘Global Carnival for a Global City’ with local, regional, national and international participation, making this year’s event once again of the main highlights of Liverpool’s cultural calendar.

Liverpool continues to be influenced by the presence and wealth of its diverse communities with 2013 costume designs built on our understanding of ‘the World in One City’ realised through new costume designs by our carnival’s artistic Director Ray Mahabir.

Costume designs are based on the four continents of Africa, Asia, the Americas and Europe that when joined together create a ‘Global Festival’. Participating in our 2013 Carnival will be costume sections from Liverpool, Sefton, Wirral and Halton* as well as national participation by carnival troupes from Preston, Huddersfield, and London. Also joining us at this year’s festival and carnival will be international performing arts companies from Germany, Martinique, the Netherlands, Hungary, Trinidad, Poland, Reunion Island, France, Turkey and Ireland.

The Brouhaha Carnival parade will lead to Princes Park with multicultural celebrations featuring a family Circus Garden area with children’s workshops and a whole host of diverse artistic performances. There will be international food stalls, ‘Sound System Culture’ – an interactive installation exploring the development of reggae ‘Sound Systems’ in the North of England. Plus for those in a sporting mood, Liverpool street handball demos and the world renowned and Liverpool-based Airborn Academy will be on show in collaboration with contemporary urban dance company ‘Soul City’ from the Reunion Islands in the Indian Ocean!

Lastly in collaboration with Milap we will host two Indian musicians Gaurav Mazumdar an expert in Hindustani sitar music, tutored by the legendary Pandit Ravi Shankar and Kousic Sen a versatile and popular percussionist who has performed alongside many leading Indian Classical musicians and dancers as well as with ensembles performing a range world music fusion.

The festival will finish with two great bands from Trinidad ‘Sheldon Blackman and the Soul Rebels’ and from Birmingham ‘Abelwel Foundation’.

Partygoers will wind down after carnival at District in Jamaica Street with ‘One A Penny Sound System’ and DJ’s from across the North West including Olabean, D Fresh, 2Kind, Lyrical Compact, North Fiyah Sound DJ’s (Preston) Likkle Billy (One a Penny) plus special guests.