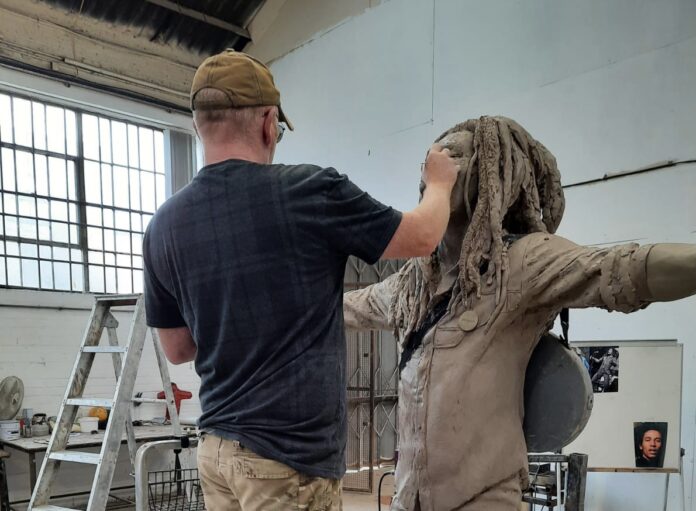 Bob Marley statue to be unveiled in Liverpool

Positive Vibration Festival have commissioned a 7ft tall statue of cultural icon, Bob Marley. The artwork is to be created by sculptor Andy Edwards who is well known in Liverpool for his brilliant Beatles statue on Liverpool’s Waterfront.

After a 2-year hiatus, Positive Vibration Festival will be returning to Liverpool’s Baltic Triangle this September 10 – 11 after successfully negotiating their way through the global Covid-19 pandemic and are ready to put on their biggest event to date. Headliners include, Asian Dub Foundation, Mad Professor, Benjamin Zephaniah, Hollie Cook and Liverpool’s own, Levi Tafari.

After a turbulent and difficult year for everyone, divisiveness has come to define a lot of public discourse. It was for this reason that Positive Vibration Festival came up with the idea for a Bob Marley statue. The universality of Bob Marley’s message of love, unity and hope is much needed, and the festival wanted to pay tribute to that message and hopefully inspire people.

After seeing the impact that Andy Edwards’ Beatles and Mohammed Ali statues had made, the festival approached Andy through Castle Fine Arts Foundry and have worked collaboratively to make the idea a reality.

The Bob Marley statue will undoubtedly become one of Liverpool’s most iconic public artworks and will mirror the success of other artworks around the city such as The Beatles statue, the Superlambanana and the Liver Wings.

In addition, the build of the statue has been assisted by local community groups such as the young people of Staged Kaos who visited the Foundry to help the artists structure and finalise the sculptor.

The artwork will be placed on Jamaica Street opposite the Jurgen Klopp mural on a plinth supplied by Baltic Creative. It is yet another fantastic artwork to be featured in the Baltic Triangle and is sure to attract even more visitors to the area.

The Bob Marley statue will be unveiled on Thursday 9th September in time for the festival launch and the opening of the Art of Reggae Exhibition at 92 Degrees Coffee. The unveiling of the statue will be the centrepiece of the evening, which also include music from local DJs, as well as a speech and performance from legendary Liverpool poet, Levi Tafari.