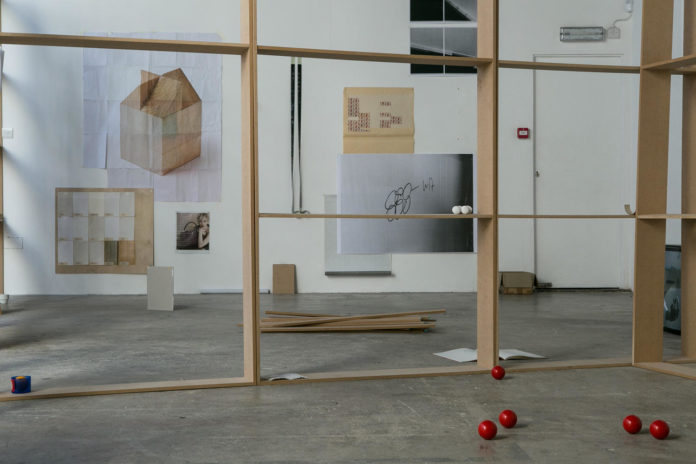 Arts Council of Wales is pleased to announce that Sean Edwards has been selected to represent Cymru yn Fenis/Wales at the 58th Venice International Art Exhibition, the Venice Biennale, from 11 May – 24 November 2019

The Venice Biennale is one of the largest and most prestigious art exhibitions in the world. Wales has been represented since 2003 and for Cymru yn Fenis/Wales in Venice 2019 Sean Edwards (1980).

The exhibition will be curated by international curator and Bluecoat Head of Programme, Marie-Anne McQuay, in partnership with lead organisation Tŷ Pawb, Wrexham, following an open call for proposals in March 2018.

This will be his most ambitious and emotionally resonant show to date; a poetic enquiry into place, politics and class intertwined with personal histories. The artist’s proposal will see the creation of a major new body of work that will foreground his interest in social class and the everyday, influenced by his own experiences of growing up on a council estate on the outskirts of Cardiff in the 1980s. The exhibition is commissioned and managed by Arts Council of Wales with support of grant in aid from the Welsh Government.

As Liverpool’s centre for the contemporary arts, we are delighted that our Head of Programme will be curating part of this prestigious art event and bringing the work to Liverpool after Wales. Marie-Anne McQuay, commented: “After a long and productive curator-artist relationship here at Bluecoat, Liverpool and previously at Spike Island, Bristol I am so pleased to be working with Sean Edwards once more and this time on something as prestigious as Wales in Venice 2019. Edwards is one of Wales’ and the UK’s leading artists under forty and I know that he will realise an exhibition which will resonate in the contemporary moment. Our enduring partnership with Tŷ Pawb will also make new connections between North East Wales and North West England”.

Mary Cloake said: “As Chief Executive at Bluecoat I am delighted that our Head of Programme, Marie-Anne McQuay will curate artist Sean Edwards for Wales in Venice 2019 as an international nominator. Marie-Anne will ensure that the talents and insight of the outstanding young artist Sean Edwards will represent Wales with distinction in this important international arena. Participation in Venice brings dividends not only to the chosen artist but the wider artistic community that they represent. Bluecoat offers wholehearted support for this venture and as one of the hosting venues we will position the exhibition as a cultural highlight for Liverpool, creating a programme around it that invokes the strong history of Welsh culture that has shaped the city. We will use the opportunity to initiate and facilitate further cross-border collaborations between organisations and artists in Wales and England and as part of this we are delighted to work with Lead Organisation Tŷ Pawb, Wrexham our new friends, neighbours and partners”.

Edwards has exhibited widely nationally and internationally and he is currently developing permanent public artworks with Future City, Cambridge and Studio Response, Cardiff. In 2014 he was awarded the Gold Medal in Fine Art at the National Eisteddfod and is also a former recipient of Arts Council of Wales’s Creative Wales Awards.

Born in Cardiff, Sean Edwards graduated from Cardiff School of Art & Design before leaving to study at the Slade School of Fine Art. The artist then returned to Wales in 2005 where he has since contributed to the development of the Welsh artistic landscape through his own artistic practice and through supporting the development of emerging artists via artist-led space g39 and now as lecturer in Fine Art at Cardiff School of Art and Design. Although known as a sculptor, his work also combines objects, film, video, photography, books and performance. Starting points are usually the things and places that have important personal connections.

GIT AWARD 2013 Shorlisted Artists Revealed Ahead of Showcase Evening at...