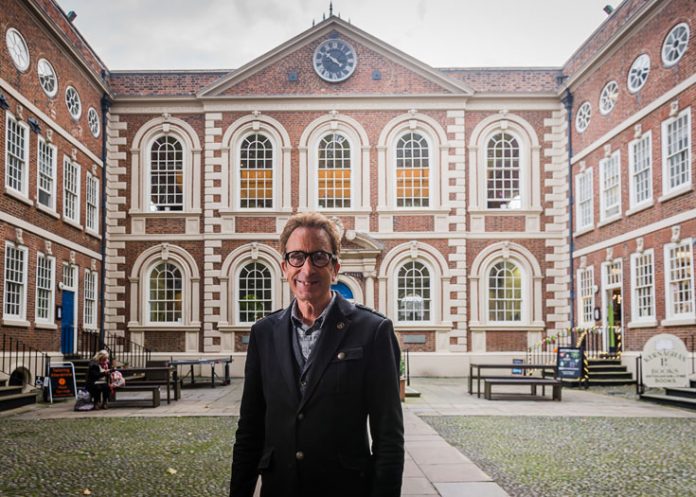 Bluecoat  today announces Peter Mearns as the new Chair of its Board, taking up his appointment in November 2016. He replaces Sue Harrison, who has served as Chair of Bluecoat since 2008.

Peter began his career at BBC Manchester and he has worked in a number of high profile marketing and communications roles in Manchester, Birmingham and the Northwest.

Between 1999-2010 he was an Executive Director at the Northwest Development Agency, based in Warrington, with responsibility for Marketing & Communications. He led the development of major award winning national and international marketing programmes for the Northwest and instigated and directed the regional major events programme that supported the growth of the Liverpool Biennial, Manchester International Festival and other arts festivals. Peter was instrumental in helping win the European Capital of Culture bid for Liverpool and mobilised regional support by developing a programme of major events, tourism and business marketing campaigns during 2008.

Peter now operates as an independent Marketing & Communications Advisor. He also practises as an artist and photographer and his work has been exhibited in galleries all over the UK including Liverpool.

His current non-executive roles include Chair of Centre for Chinese Contemporary Art; Deputy Chair of Storyhouse, Chester; Trustee of Open Eye; Committee Member of Tate Liverpool and Deputy Chair of the Aerial Trust.

Peter replaces outgoing Chair Sue Harrison, who has served on Bluecoat’s Board as Chair since 2008. During this time, Sue played a key role in leading Bluecoat through its reopening after a £14 million capital redevelopment.

Sue said “I have very much enjoyed leading the Bluecoat Board during a period of great change and progress for the organisation.  I am delighted to report that I step down with our wonderful arts centre in good health. Our historic building, huge visitor numbers (over 600,000 in the last year) and the incredibly challenging public funding scene for the arts and culture are all very real challenges.  However, Bluecoat’s staff, trustees and volunteers have risen to meet them and, not content with maintaining things are they are (difficult enough in the current climate) have many exciting plans to do even more and better things in the years to come.

I have enjoyed working to help establish Bluecoat as one of the most successful arts centres in the UK. I’m delighted that Peter will take on the role and he brings a wealth of experience and new ideas to take Bluecoat into the next phase of its development.”

Mary Cloake, Chief Executive of Bluecoat said: “We are all immensely grateful to Sue for her dedication and support of Bluecoat through a period of immense change and progress.  During her tenure, Bluecoat has established itself as a sustainable and vibrant organisation.

“We are delighted to welcome Peter as our new Chair. Peter joins the organisation at a pivotal time, as we prepare to celebrate the 300thanniversary of our landmark building in 2017. Peter’s expertise will advance our ambitions to develop Bluecoat as a centre for artists at the heart of the city and I very much look forward to working with him.”

And This Week’s Art Scam Is…