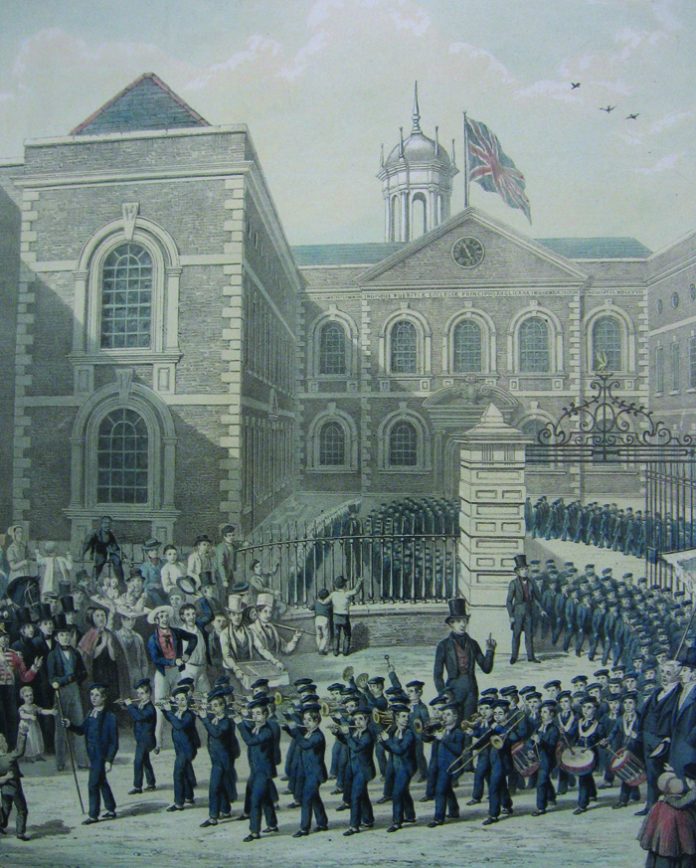 Bluecoat, Liverpool’s centre for the contemporary arts, has been awarded a £210,000 Heritage Lottery Fund (HLF) grant to reveal its 300-year history.

Thanks to National Lottery players, the project, called My Bluecoat will host a series of events, exhibitions and engagement activities inspired by the building’s fascinating heritage.

At the heart of My Bluecoat will be a new website telling the building’s history. The website will digitise existing Bluecoat archives for the first time, in collaboration with Blue Coat School in Wavertree and Liverpool Record Office. My Bluecoatwill also bring together people’s memories of the building, and these can be submitted via social media, Bluecoat’s website, or in person. The My Bluecoat website is being created with Liverpool marketing, design and digital agency, Nonconform.

Across the year there will be a programme of events and exhibitions, starting in January with Art at the Heart of Bluecoat, a display examining the development of Bluecoat as the first arts centre in the UK and the importance of artists, who first moved into the building in 1907.

“My Bluecoat will bring together the official history of this remarkable building for the first time, digitising archive material held by the Bluecoat, Blue Coat School and Liverpool Record Office. Importantly it will also capture and bring to life stories from the many people whose lives have been affected by their engagement with the building. The project will aim to make Bluecoat’s history accessible to a broad audience, some of whom will be actively involved in its research, shaping and delivery.

“We are looking forward to highlighting, sharing and celebrating the heritage of this iconic Liverpool building.”

Bluecoat attracts over 600,000 visits annually, many of these because of an interest in heritage. My Bluecoat will enable the arts centre to maximise the value of its 300-year anniversary and deliver high quality heritage interpretation for a large audience.

During the research for My Bluecoat, staff identified the architects of the building as Liverpool Dock Engineer Thomas Steers and master mason Edward Litherland, who were also responsible for Liverpool’s famous Old Dock (1715), as well as a number of other buildings around Liverpool.

Artistic Director Bryan Biggs said: “We are delighted to have been awarded this funding to continue our My Bluecoat project. Against the backdrop of a 300-day anniversary programme, it will bring alive our heritage, charting the building’s transformation from charity school in the 18th and 19th centuries to a pioneering arts centre since in the 20th century, and reflecting its continuing role at the heart of Liverpool’s cultural life.”

Nathan Lee, Head of HLF North West said: “This is a really exciting project that aims to bring to life the history of Liverpool’s oldest building and the UK’s oldest arts centre. As it approaches its tercentenary in 2017, this grant, made possible thanks to National Lottery players, will enable the Bluecoat to involve people of all ages in shaping and sharing the stories of its fascinating past.”

Since founding in 1994, the Heritage Lottery Fund has awarded £7.1billion to over 40,000 projects. HLF was set up to make a lasting difference for heritage, people and communities.