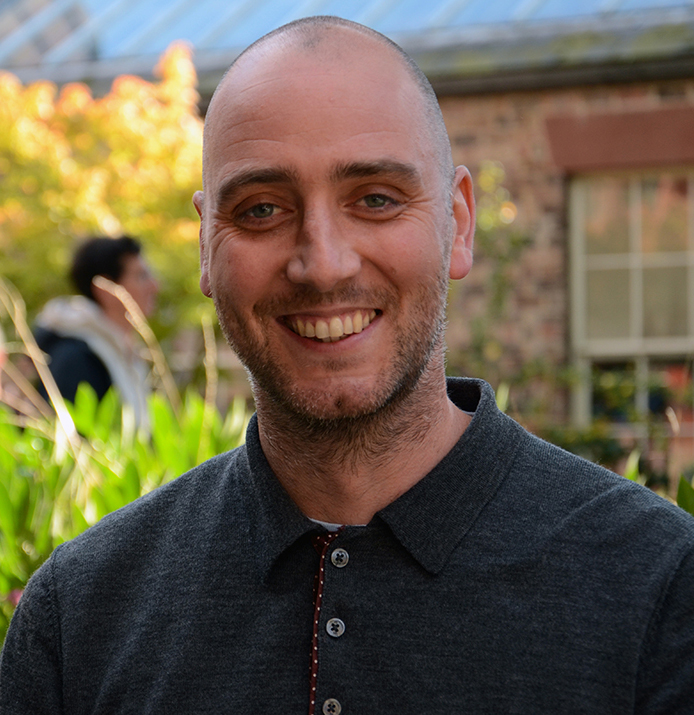 Bluecoat, Liverpool’s centre for the contemporary arts, will welcome a sociologist in residence to its building as part of its 300th anniversary programme in 2017.

Dr Paul Jones, Senior Lecturer in Sociology from the University of Liverpool, will be working with the arts centre throughout the year to investigate its public role. The residency will focus on art, architecture and society, and how both Bluecoat and the University connect with the city.

2017 marks the 300th anniversary of Bluecoat’s building, a former charity school that became the first arts centre in the UK. Integral to Liverpool’s heritage, and centrally located in the heart of the city, Bluecoat stages a wide range of artistic programmes including visual art, dance, literature, music and performance. It reaches one
of the widest demographics of all arts venues in Liverpool, and attracts over 600,000 visits annually.

Against this backdrop, Dr Jones will carry out sociological inquiry via a programme of events across the year that look at how the urban environment, particularly Liverpool’s, has changed over time and the role of art and art venues, such as Bluecoat, in those changes.

The residency will invite the public to participate in a range of research and learning opportunities which will take place outside of a university setting.

Highlights of the programme will include the following:

The residency has grown out of a shared conviction between Bluecoat and the University of Liverpool that there is a significant appetite amongst Liverpool’s public to find out more about ideas that inform both contemporary art and the development of urban contexts.

The residency will open up a public academic discussion, broaden access to current thinking about culture and our urban environment, and contribute to Bluecoat’s own understanding of its civic role, as well as informing Paul’s research.

Dr Paul Jones said, “I am absolutely delighted to be involved in what promises to be a very exciting year as Sociologist in Residence at Bluecoat. I really hope that the range of sociological teaching and research events that we have planned will help open up a series of public debates concerning the changing nature of culture and the city. I look forward to collaborating in different ways with a range of people during 2017”

Bryan Biggs, Bluecoat’s Artistic Director said, “We are delighted to host our second resident academic from University of Liverpool. 2017 represents a pivotal year for Bluecoat as we reflect on our 300-year history and anticipate the arts centre’s future role in a rapidly changing world. Paul has already immersed himself in our work and has a real understanding of our vision and the challenges we face.

Mary Cloake, Bluecoat’s Chief Executive said, “We are very much looking forward to working with Paul during the year to address some of the questions about contemporary art in a heritage setting, engaging audiences with such an important Liverpool building, and how to make what we do relevant to more people in the city.”

Professor Janet Beer, Vice Chancellor at University of Liverpool said, “This exciting opportunity has come about as a result of the close relationship the University has with Bluecoat. The wide range of events and activities planned for the next 12 months as part of Dr Jones’ residency will further enhance the connection and engagement the people of the city have with both organisations.”

The partnership between the two institutions goes back many years. In 1910 Charles Reilly, then Head of Architecture at the University, moved the School of Architecture to Bluecoat, partly in order for the students to engage more with the city and be closer to the architects’ practices.

The Sociologist in Residence programme follows a recent partnership with Dr Panyiota Vassilopoulou from the University of Liverpool, who was Philosopher in Residence at Bluecoat in 2013-15. During her residency, she delivered a highly successful series of lectures and other events.

The Bluecoat building, a fine example of Queen Anne style architecture, began life as a charity school in 1717, before housing an arts community in 1907 and formally becoming an arts centre in 1927, making it the oldest of its kind in the UK.

Fire and drumming closes out Liverpool Mental Health Festival 2017 in...

Of Traffic Lights and Xmas Deccies

Double Act: Art and Comedy comes to Bluecoat in April