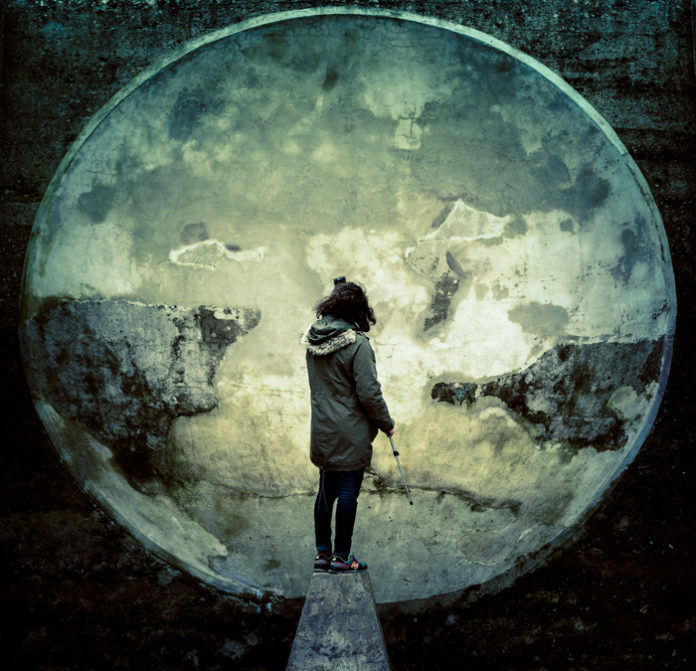 Bluecoat is delighted to announce a brand new Summer season with four months of exhibitions, artist talks, studio tours and new residencies and opportunities for 2018 and 2019.

As the UK’s longest running arts centre we have provided space for artists and audiences at the heart of the city for over a century. Our year round programme includes exhibitions, performances, artist talks, workshops and activities for families. In recent years, Bluecoat, a former eighteenth century school, has worked with artists to develop their work and practice through residencies in the studios, mentoring and residency events.

Following on from hosting London based artist Jonathan Baldock February 2018, we are turning our attention to the North of England and welcoming artist Jade Montserrat who lives and works in Scarborough, North Yorkshire. Montserrat will undertake a research residency here July 2018 while she prepares for a solo show at Bluecoat launching mid November 2018. Montserrat works at the intersection of art and activism through drawing, painting, performance, film, installation, sculpture, print and text. She is currently working with Art on the Underground, London and is the Stuart Hall Foundation practice-based PhD candidate at The Institute for Black Atlantic Research, The University of Central Lancashire.

Within our own studios, two well established Liverpool City Region artists Leo Fitzmaurice and Pete Clarke invite audiences into their working spaces to discuss the ideas behind their practices on Sat 1st September, 1pm. Clarke has recently been selected for the John Moores Painting Prize 2018 and Fitzmaurice will present a solo project – an intervention with The Walker Art Gallery, Liverpool opening September 2018.

Bluecoat’s international residency programme continues to grow in 2018 as we announce two international open calls this summer. The first is a call out for a curator based in the Czech Republic to work in residence August – September 2018 at Bluecoat and get involved with the city’s artist-led scene. This is a collaboration with the Czech Embassy in London and Arts & Theatre Institute in Prague. The second international opportunity is for an artist, writer, curator or creative technologist from South India to undertake a residency at Bluecoat as part of the wider ‘Articulating Women’ programmed in partnership Liverpool Hope University; FACT and Christ University Bengaluru, funded by Arts and Humanities Research Council.

We are also pleased to announce that in January 2019 Bluecoat will host early career Indonesian artist Nurrachmat Widyasena, who joins us in Liverpool for his first UK residency. Widyasena’s residency forms part of a longer period of research by Bluecoat into the Indonesian art scene, supported by the British Council. Widyasena works with retro futuristic and space age themes and featured in the 2017 Jogja Miniprint Biennale.

Commenting on Bluecoat’s International Residency Programme, Mary Cloake, Bluecoat’s Chief Executive said: “We’re delighted to welcome so many exciting artists to Bluecoat and to see our residency programme continue to grow. Local to international creatives will develop their artistic practice here in Liverpool and forge new relationships with each other and with the city. Watch this space for more exciting residency announcements later in the year.”

Wed 5 Sep 5.30pm
Bluecoat is delighted to welcome British-Nigerian historian, broadcaster and film-maker David Olusoga back to Liverpool. A graduate of Liverpool University, his work around slavery and his television series, A House Through Time, which looked at a dwelling in Falkner Street over two centuries, resonate strongly with the city. His work for BBC2 also included Black and British: A Forgotten History and The World’s War. He recently presented, with Mary Beard and Simon Schama, the landmark arts series Civilizations.

Serena Korda, The Bell Tree (off-site at Speke Hall)
Launch Sat 8 Sep 2018, running until 28 July 2019
Open Daily 10.30am-4pm. Free for National Trust Members
Heritage continues to be a key focus as we look ahead following our 300th anniversary programme last year.  Artist Serena Korda has been awarded the Trust New Art commission for Speke Hall as part of a second Bluecoat partnership with this atmospheric National Trust property – an Elizabethan Manor House adapted by the Victorians. The commission will see Serena create a new temporary public work for Speke Hall’s ancient woodland drawing on her interest in folklore, feminism and herstories. The new commission also includes an element installed in the Bluecoat Garden.

Liverpool Biennial 2018
Beautiful World Where Are You?
Sat 14 Jul – Sun 28 Oct. Open Daily, 11am-6pm
Six international artists will be presented at Bluecoat as part of the UK’s largest festival of contemporary art. Ryan Gander has been working collaboratively with five children from Knotty Ash Primary School to create a major new exhibition here at Bluecoat as well as new public artworks at Liverpool Metropolitan Cathedral. Shannon Ebner is developing a new photographic and exterior audio work to be exhibited on the ground floor of Bluecoat. Suki Seokyeong Kang will create a new multi-part installation for Bluecoat which will be activated over the opening weekend. Silke Otto-Knapp has been commissioned to produce a new large-scale frieze for the fourth-floor gallery of Bluecoat wrapping around the perimeters of the space. Melanie Smith, will present her new film Maria Elena at Bluecoat – a UK first – while Abbas Akhavan will create a monumental sculpture dealing with the fragility of material culture in times of war and cultural conflict.
In response to the themes of the Biennial, Bluecoat has invited Liverpool based artist Jon Davies with invited guests artists and writers Diann Bauer, Priya Sharma & Salma Noor to lead a summer long reading and discussion group. We are also proud to be a partner of Independents Biennial 2018 with event highlights released on-line over summer.

DOUBLE-BILL: Rosa-Johan Uddoh The Serve and Tom Smith’s Messages from Friends
Fri 21 Sep 6-8.30pm
Together with Bloomberg New Contemporaries 2018 we are supporting emerging artists from UK art schools with events including a double bill performance night by Rosa-Johan Uddoh and Tom Smith. Both artists’ lives have been shaped by television and these two very different performances deal with personal identity as shaped by the small screen.

Andrew McMillan: Playtime
Wed 10 Oct 6.30pm
Andrew McMillan’s award-winning poetry has been praised for its power and conciseness. His humane and vital poems are confessions, both in the spiritual and personal sense; they tell us stories that some of us, perhaps, have never found the courage to read before. For the Liverpool launch of his new compilation Playtime he presents intimate, sometimes painfully frank poems that take us back to childhood and early adolescence and explore how we grow into our sexual selves and adult identities.

Rare maternity dress on display A new peek into a Liverpool...