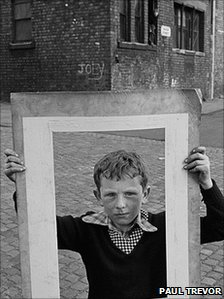 Photographers across Merseyside are being urged to “capture Liverpool” and take part in the city’s first international photography festival.

Look11 will feature exhibitions of work from around the world as well as talks, seminars and community workshops.

But organisers of the event are also running a competition, open to anyone interested in photography, that takes the city itself as the theme.

Hundreds of entries are expected and ten £500 prizes are on offer.

Every picture entered will be displayed at an event during the festival, and organisers also hope to attract sponsorship for a one-off publication of the images.

The overall winner will be chosen by votes on the festival website.

A similar event in Manchester attracted more than 700 entries and “a lot more” is expected from Liverpool, said Colin McPherson, chairman of Look11’s board of directors.

“It’s very much a way of introducing a much wider audience to the impending festival,” the freelance photographer, who works for UK publications including the Guardian and Independent on Sunday, told BBC News.

The festival is the brainchild of members of Redeye, a network of north west-based photographers, who wanted to hold a photography festival in the region.

Look11 has just launched its website and a full programme of events will be announced in February.

Art in the Car Park