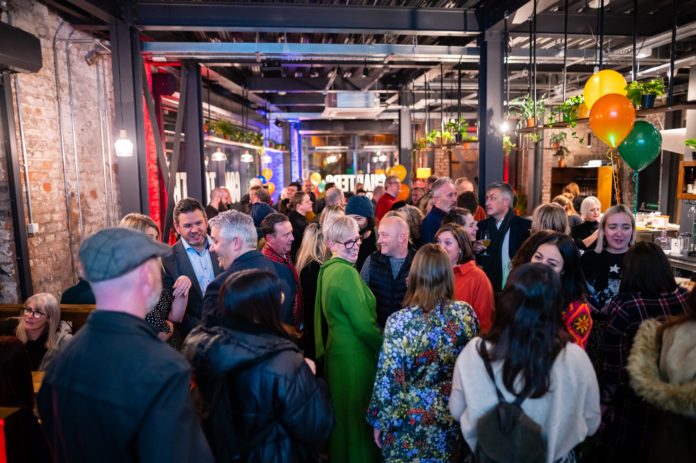 After a game-changing first decade, Baltic Creative CIC has announced that it has its sights set on wider areas of the Liverpool City Region to achieve its next phase of growth.

The announcement came as the community interest company celebrated 10 years of supporting the creative and digital community from the heart of the Baltic Triangle.

As part of its growth ambitions, over the next three years Baltic Creative is aiming to deliver at least two new spaces in emerging digital, creative and tech (DCT) neighbourhoods in Southport and Liverpool’s Fabric District. The CIC’s board of directors will also explore opportunities in North Liverpool, Bootle and Birkenhead, as well as investing in its existing footprint in the Baltic Triangle.

To date, Baltic Creative has been one of Liverpool’s biggest regeneration success stories. In its 2016 business plan, the CIC announced its hope of growing its footprint to 90,000 sq ft by 2021. Today, it is already managing 118,000 sq ft and is home to over 180 businesses, most of which are SMEs, and their 600 plus employees.

Reflecting on its phenomenal decade and commenting on its future plans, MD of Baltic Creative CIC, Mark Lawler said: “What has been achieved over the past 10 years is greater than what we originally thought possible and that is largely down to the dedication of our team and the instant support we received from the digital and creative community.

“There’s no doubt that there are challenges ahead, especially with the current political uncertainty that we’re facing. We will of course respond to this in the most appropriate manner, but our plans continue to be bold, and we are more passionate than ever about delivering Baltic Creative space across the region and in doing so, supporting one of the city’s most flourishing sectors.”

As a community interest company, Baltic Creative reinvests all its profits back into property, tenants or the sector. It operates a strict lettings policy meaning that space in its buildings, which include Creative Campus, Northern Lights and the recently launched Digital House, is only occupied by creative and digital businesses. Not only does this keep appropriate office space affordable, well-managed and tailored to sector needs, it also encourages collaboration between like-minded, innovative businesses.

“The digital and creative sector in the Liverpool City Region remains strong and is growing at a rate of 2.5 times faster than other sectors,” added Fiona Armstrong-Gibb, the new chair of Baltic Creative CIC. “We are still experiencing high levels of interest in our spaces and we have people on waiting lists, which is why we are so determined to grow.

“Looking ahead to 2024, we envision a region-wide family of creative spaces, places, and clusters that are interconnected and supportive of each other, but equally differentiated by their own personalities, drawing on the diversity of people, skills and industries that are the region’s strengths.”

Baltic Creative CIC recently celebrated its 10-year anniversary with an exclusive party for its partners, funders, business owners and tenants where the 2019 annual report was released, alongside the first ever screening of a bespoke film, ‘10 Years On’.